It was raining.  Tropically.  End of the world style.

Hmmm, what’s this ?  A nice bourgeois looking bolt hole, suitable for a dilapidated hippie to seek peace and shelter therein from the stormy wall of water….

Or so I thought !

I glanced about at my fellow diners. 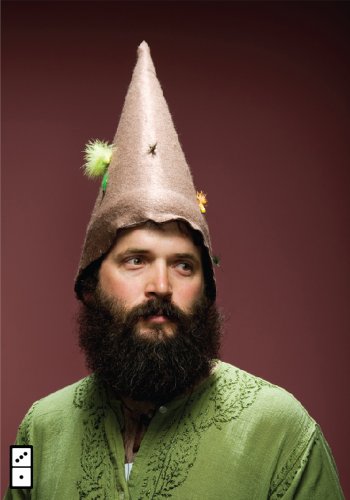 It was raining too hard to leave.  “Is God a Vegan ?” I wondered in my famished state.  No, of course not, otherwise why would he have put so many deliciously edible animals on the plate….errr……planet.

Awful art was never far away.

The staff were very nice, but hey, they’re Balinese, so a synonym for niceness. 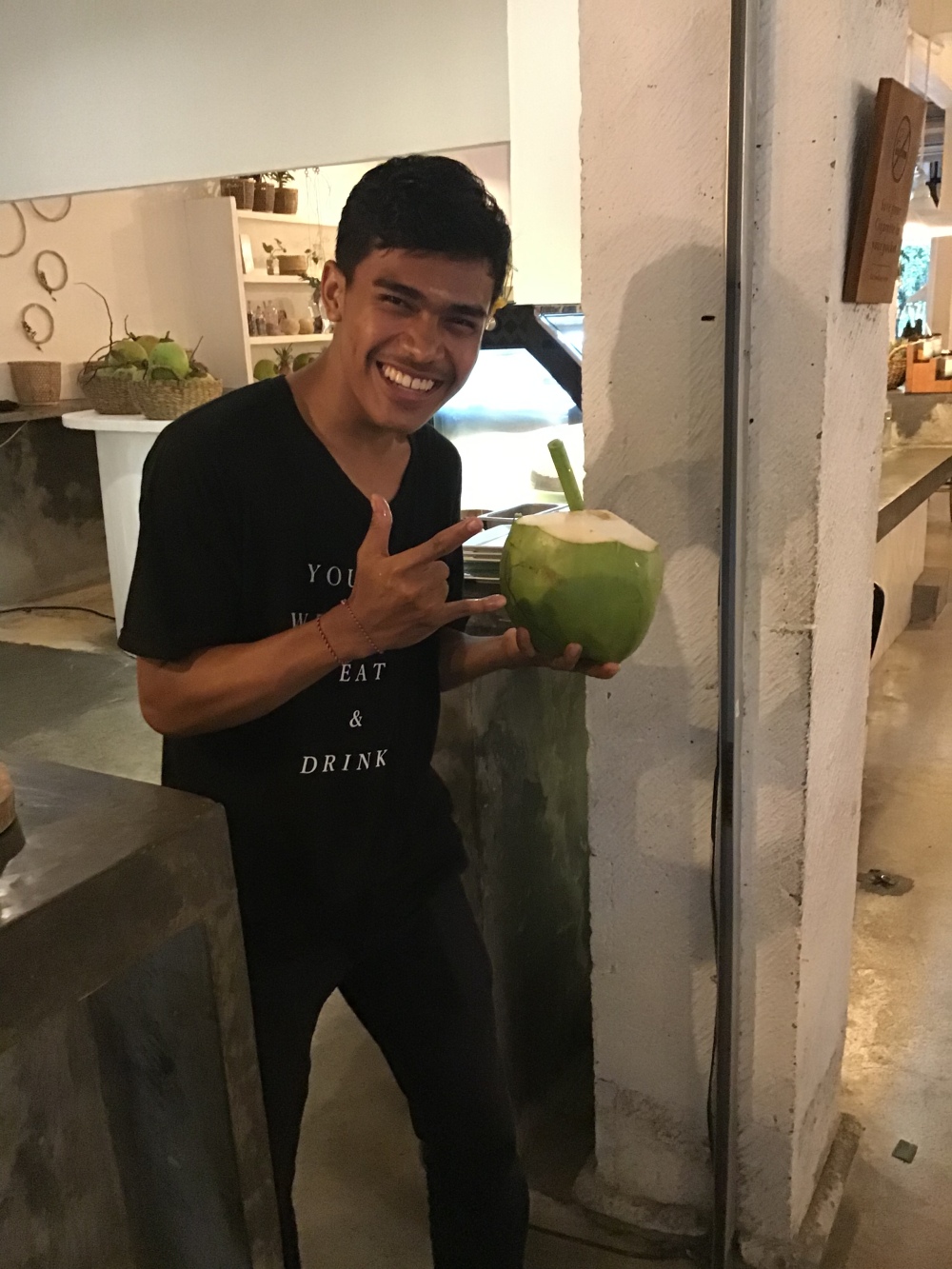 The poster board was…interesting. 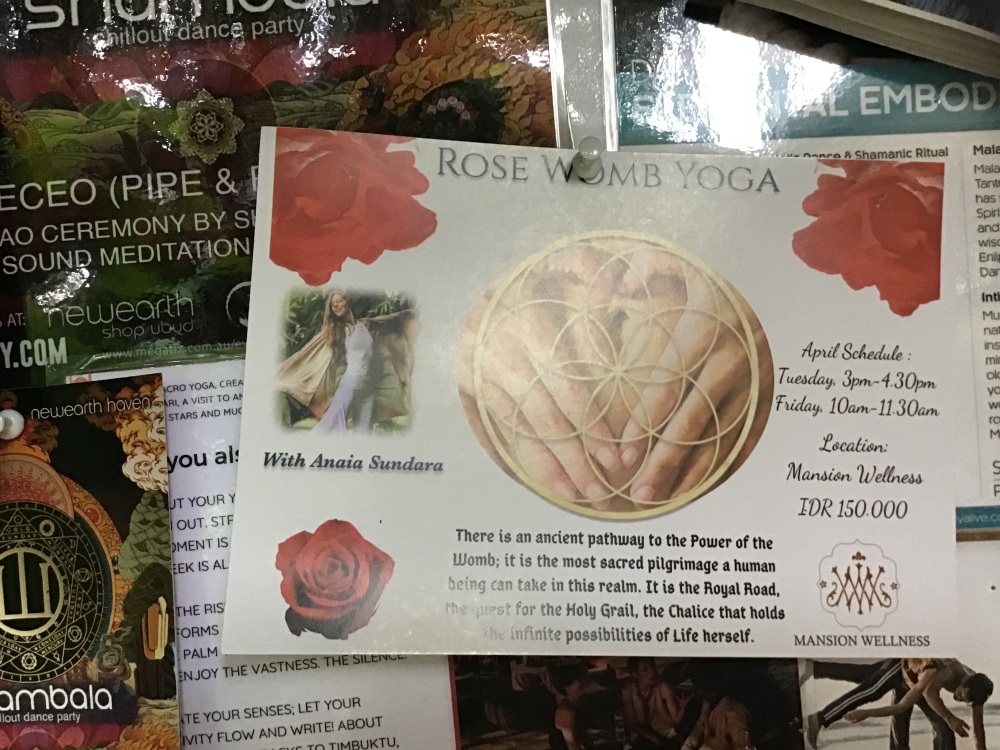 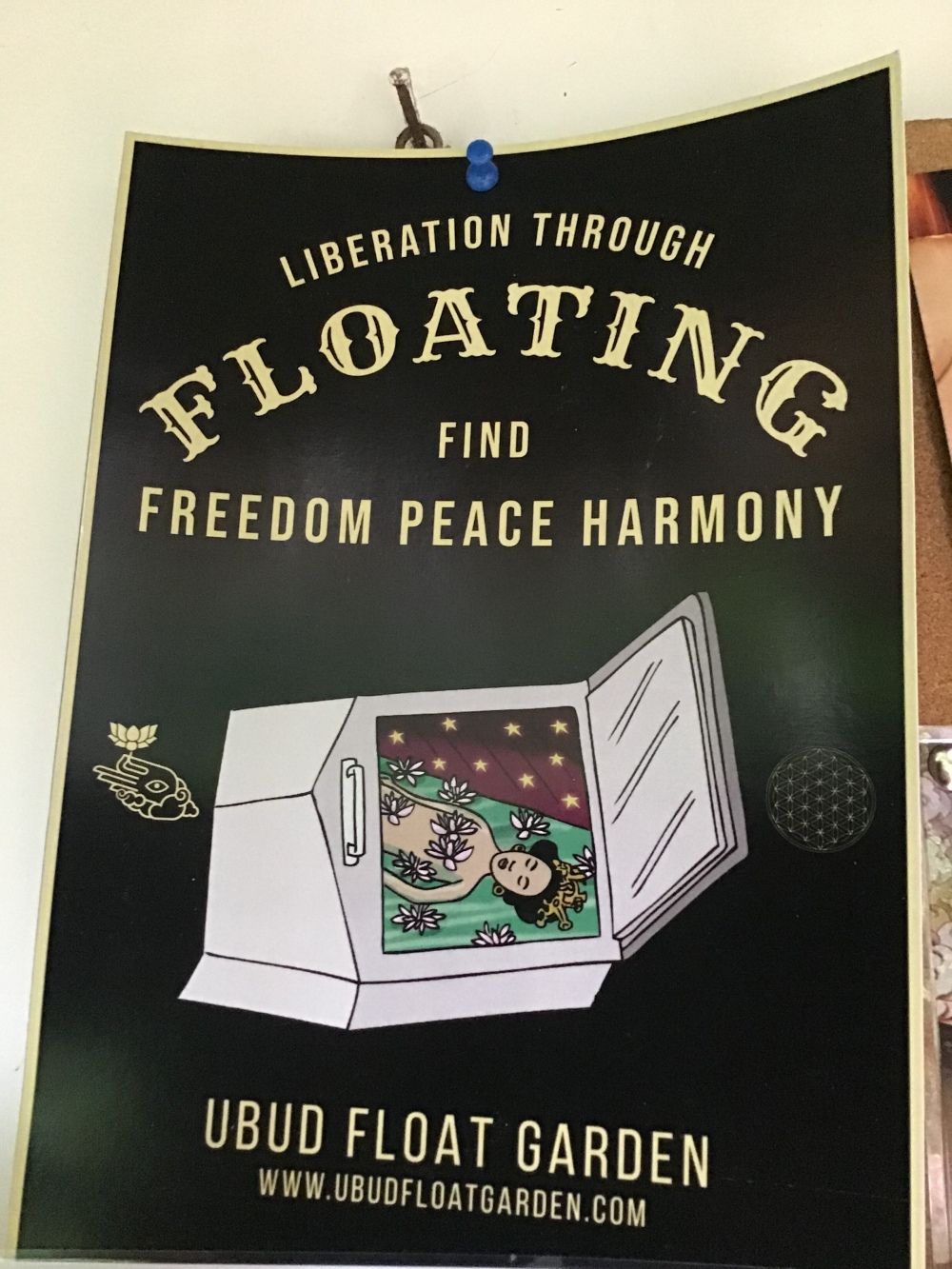 ”I” recognised that “I” was hungry so “I” ordered.

I passed the homeopathic water jug with a shudder. 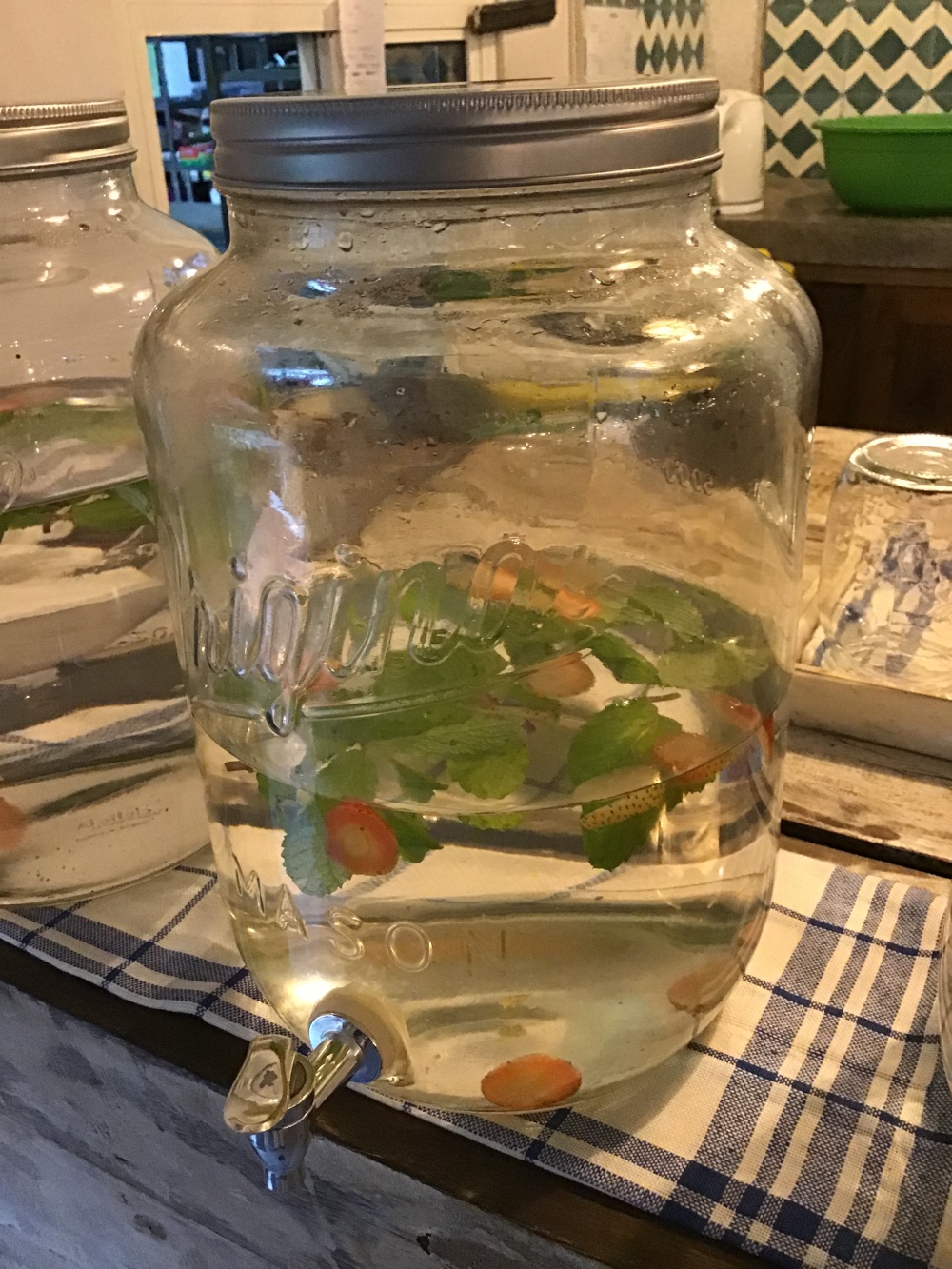 Gave the mocolate a wide berth

And ordered me the spicy Mexican burger and an orange juice.  These arrived. 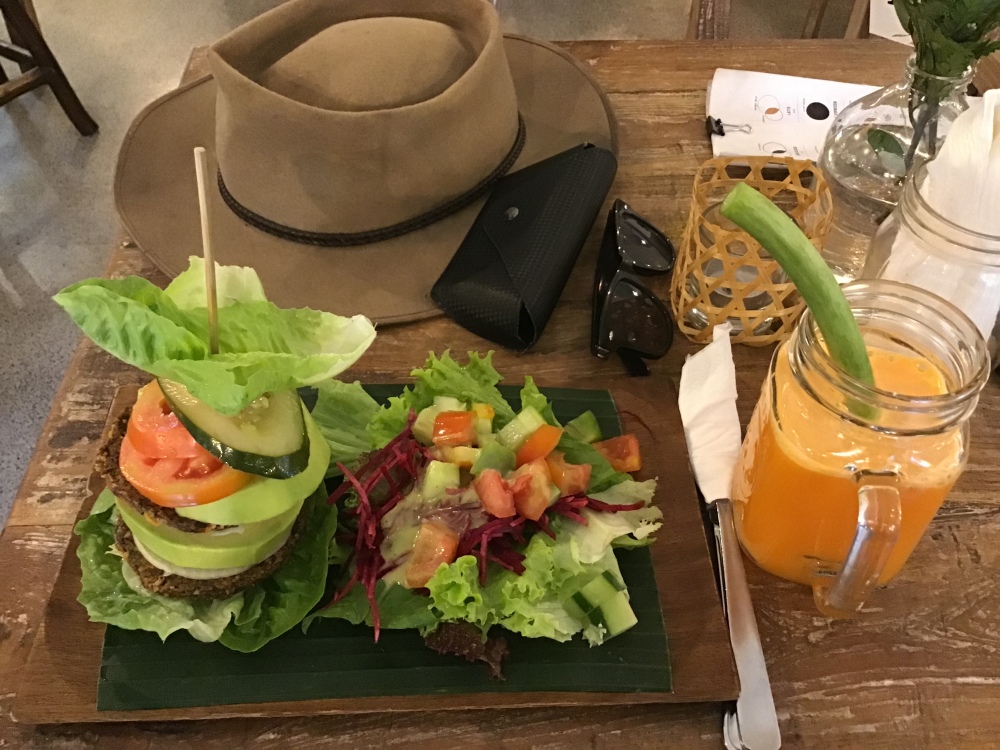 To be honest the salad hadn’t had ALL the fun sucked out of it and was largely edible. However the “spicy Mexican” on the left was about as spicy and Mexican as Lawrence Welk 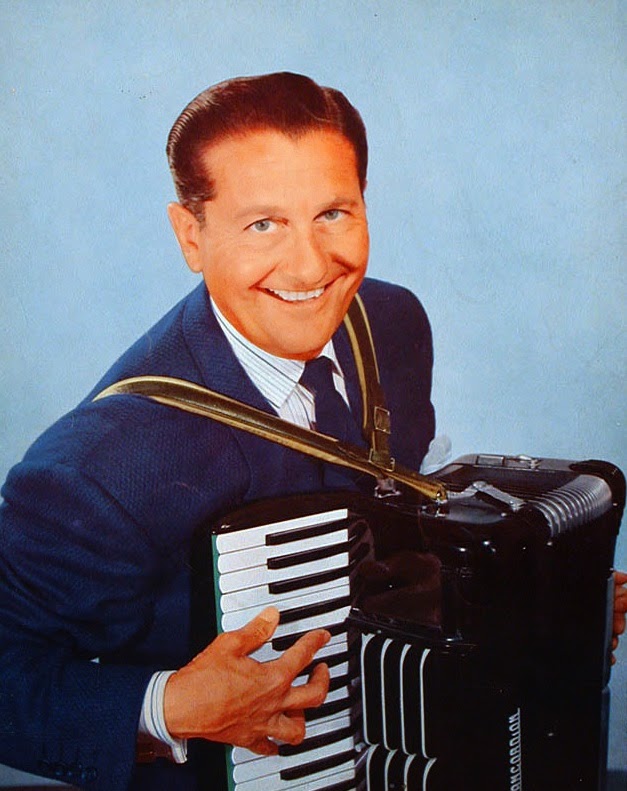 or Charlton Heston, who, to give him his due, at least impersonated a Mexican very well.

The “juice” was gotten at by means of what seemed to be the stem of a lotus flower.  It was very much like drinking bathwater through an old garden hose.

The rain had paused so I made my escape, hangryily wondering what the hell these guys had to be so frickin happy about ! 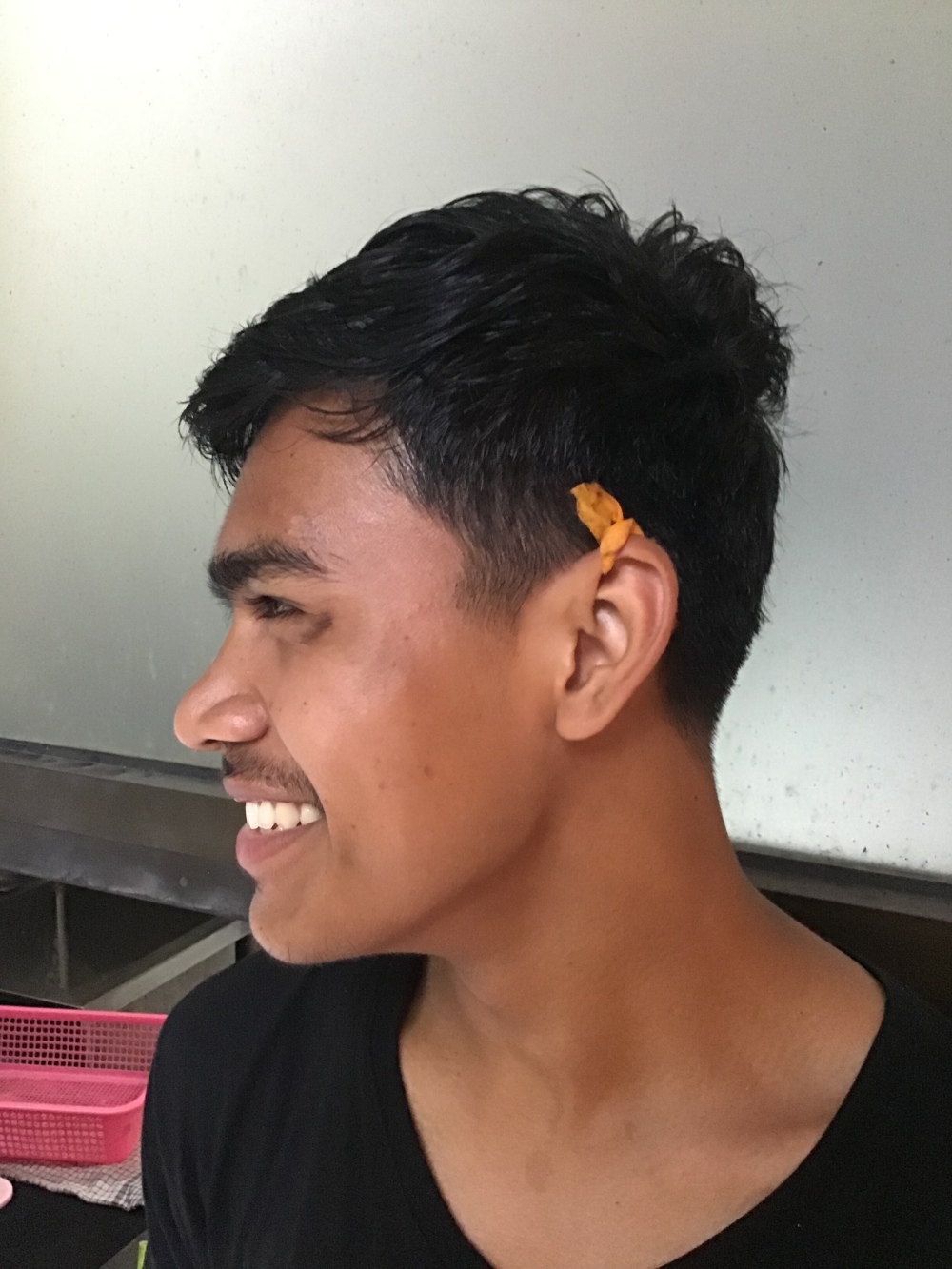