Posted on January 25, 2019 by thedislocatedhippies

I was in a tuk-tuk smoking through Madurai enroute to Madurai International Airport when we careened on two wheels around a corner and puttered past this statue.

”MGR” I said.  Well,  the tuk-tuk driver stopped, turned in his seat and with a huge grin and the emotion plain in his eye shook me warmly by the hand, delighted that even an ignorant feringhee from beyond the sea had heard of the immortal MGR.  I didn’t tell the chap that I’d actually seen MGR flash past me in a motorcade in 1987, I felt it may have been too much for him to process and emotions may well easily have gotten out of hand.

MGR was born in Kandy in Sri Lanka and eventually came to Tamil Nadu where his orotund presence dominated the Tamil film industry after the war for more than 30 years.

Variety was King in those halcyon days. He looked good in tights, a fine set of calves and he didn’t care who knew it. 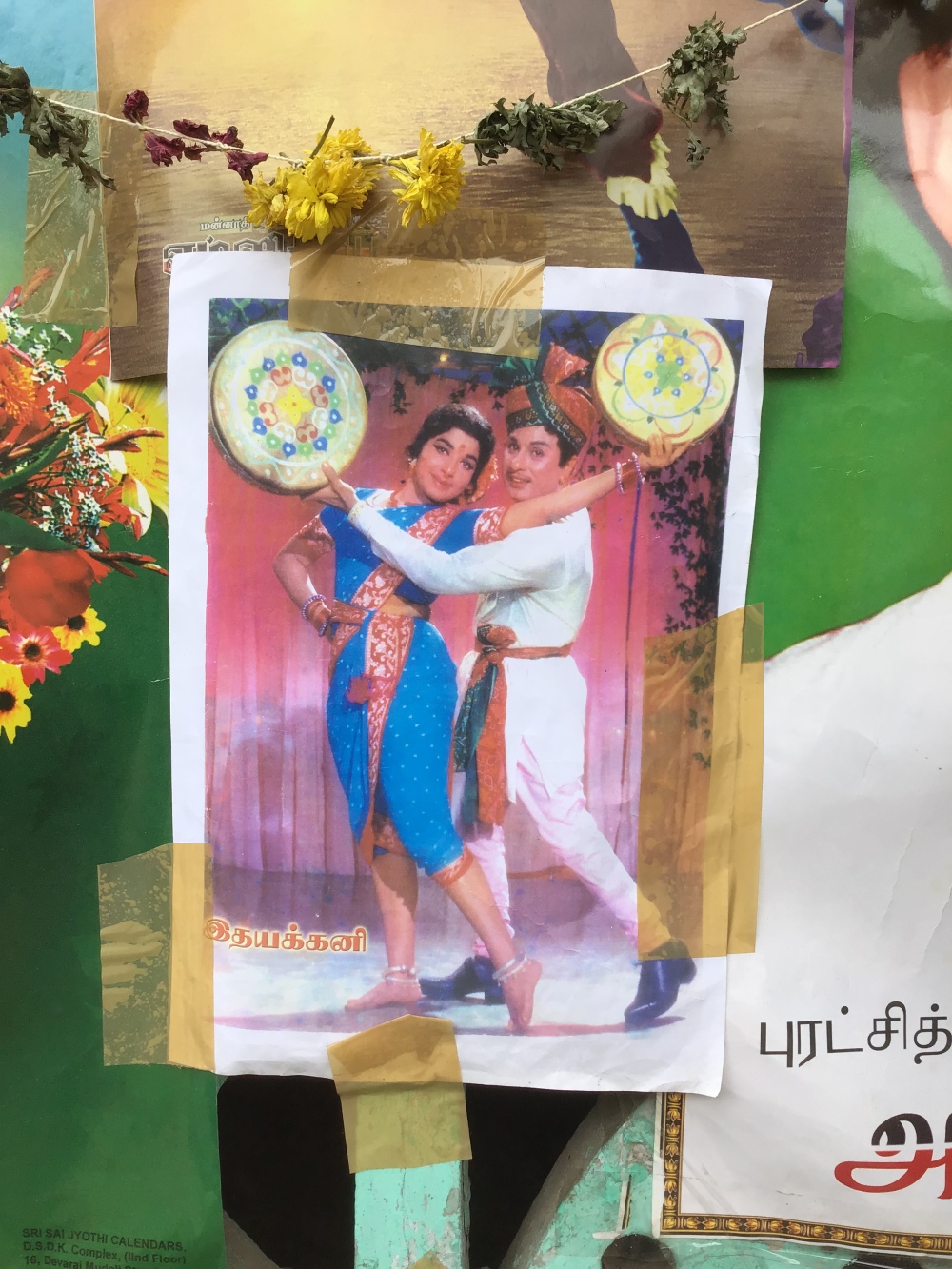 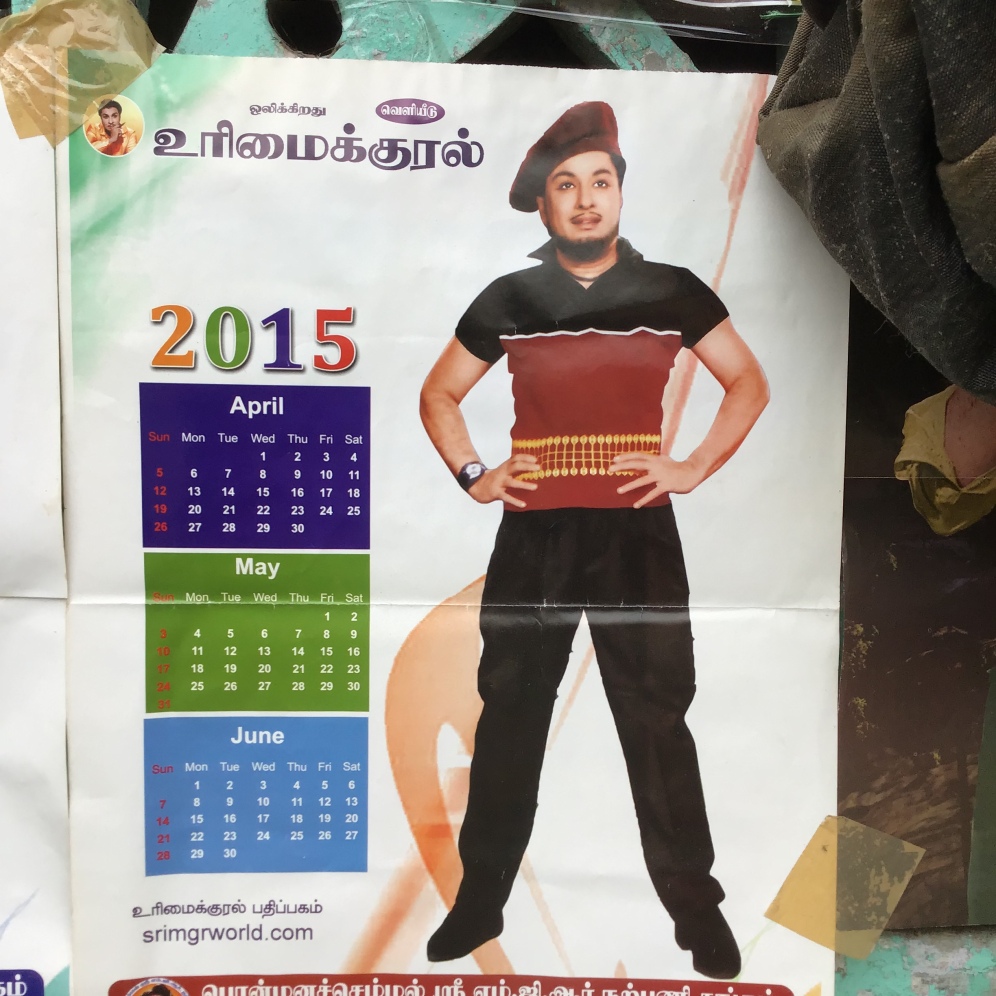 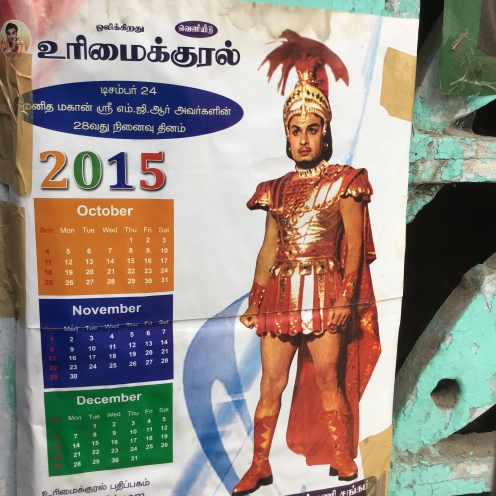 Understandably the Tamils worship him still, this representative but completely arbitrary group of people below were all huge fans and were, honestly, thrilled to bits that we were taking photos of the great man.

And why not ? He always got the girl.

He often played a God, which is said to have done him no harm with the voters some of whom, it appears, were convinced that MGR was, in fact, a God.

When he left “The Biz” and took up politics ( sometimes called showbusiness for ugly people) the fur hat and sunglasses became his trademark look.  Strangely, despite his popularity, the look hasn’t caught on,  a great shame, as any fool can see, it’s a beaut. 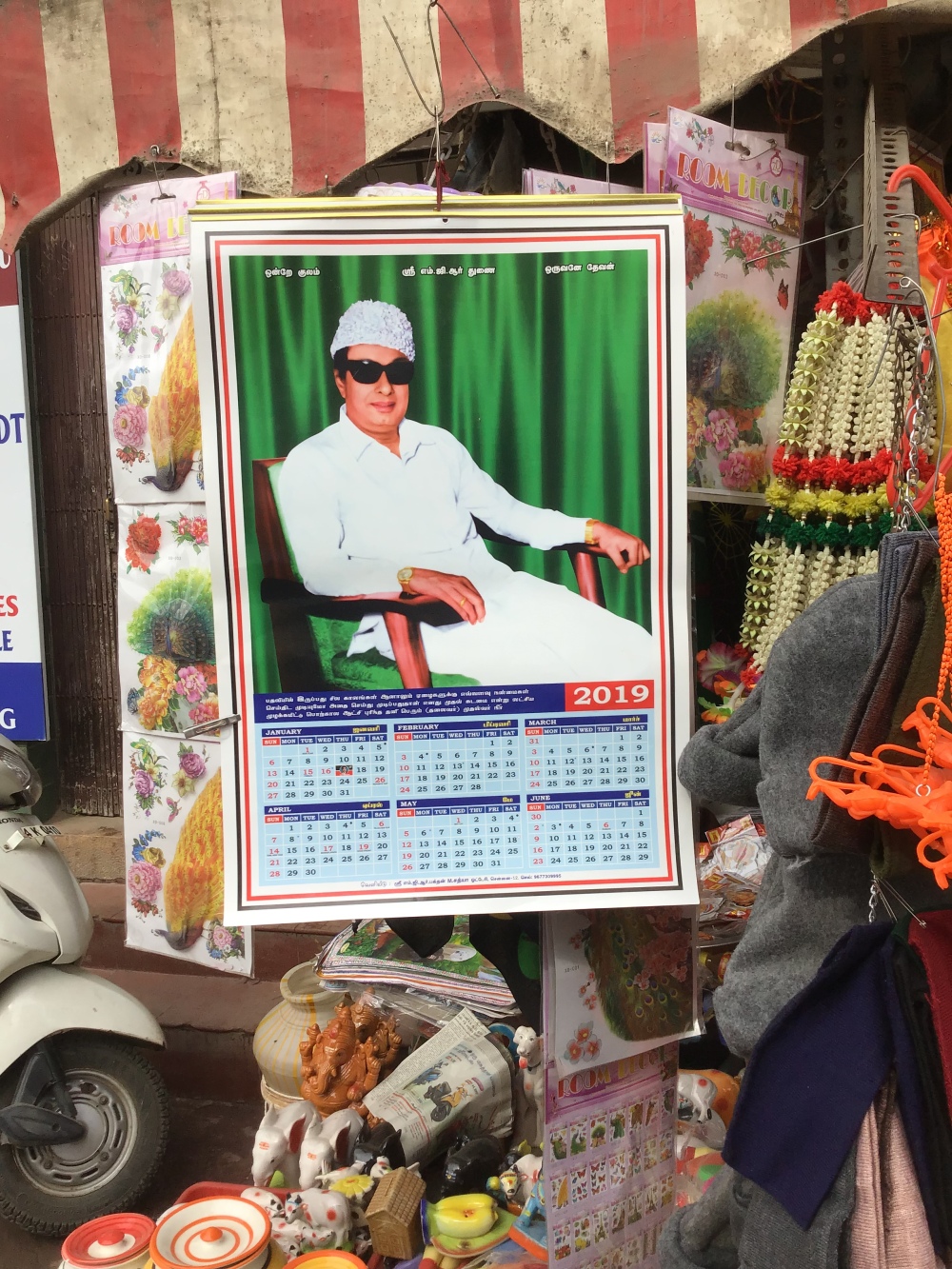 As Chief Minister he mixed on equal terms with the High and the Mighty. 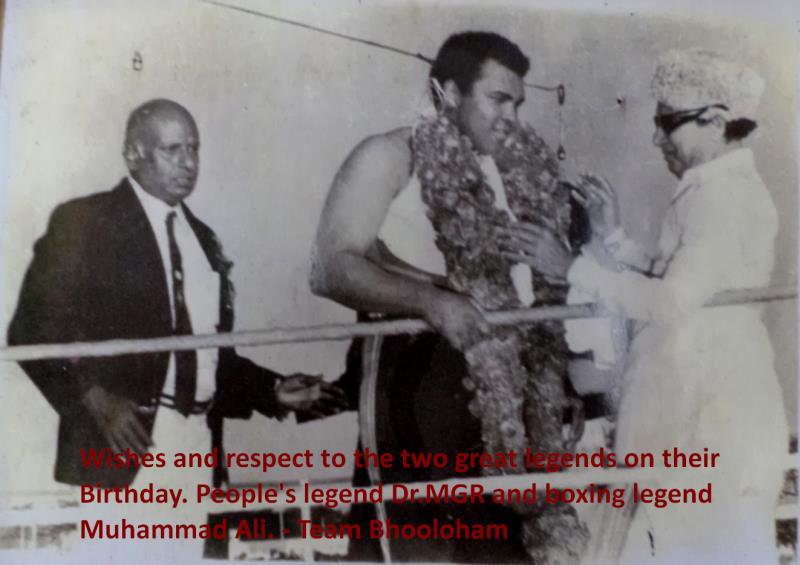 This chap whose feet he is respectfully touching, was another famous actor, MR Radha, who subsequently went bonkers and tried to assasinate him. He shot MGR twice in the left ear which, it seems, changed the timbre of his voice and left him with very nasty tinnitus.

When he died in 1987 Tamil Nadu melted down, looting and rioting began, shoot to kill orders were issued to the Police.  At his funeral nearly 30 people died and almost 50 police were admitted to hospital.

A star, an enormously popular politician, worshipped as a God.  The one, the only, MGR.