Posted on November 23, 2018 by thedislocatedhippies

We all know that you can’t turn a sow’s ear into a silk purse, nor can mutton be dressed up as lamb….

We found the perfect example of this at photo-opportunity-central – the amazing Ahilya Devi Fort, in sublime, fantastical, other worldly Maheshwar, near Indore, in Madhya Pradesh.

Here resides, capers, poses, struts, moués the most natural super-model ever known. The fact that she is a goat (& a working mother) doesn’t daunt her ambition or enthusiasm. We were capricated. 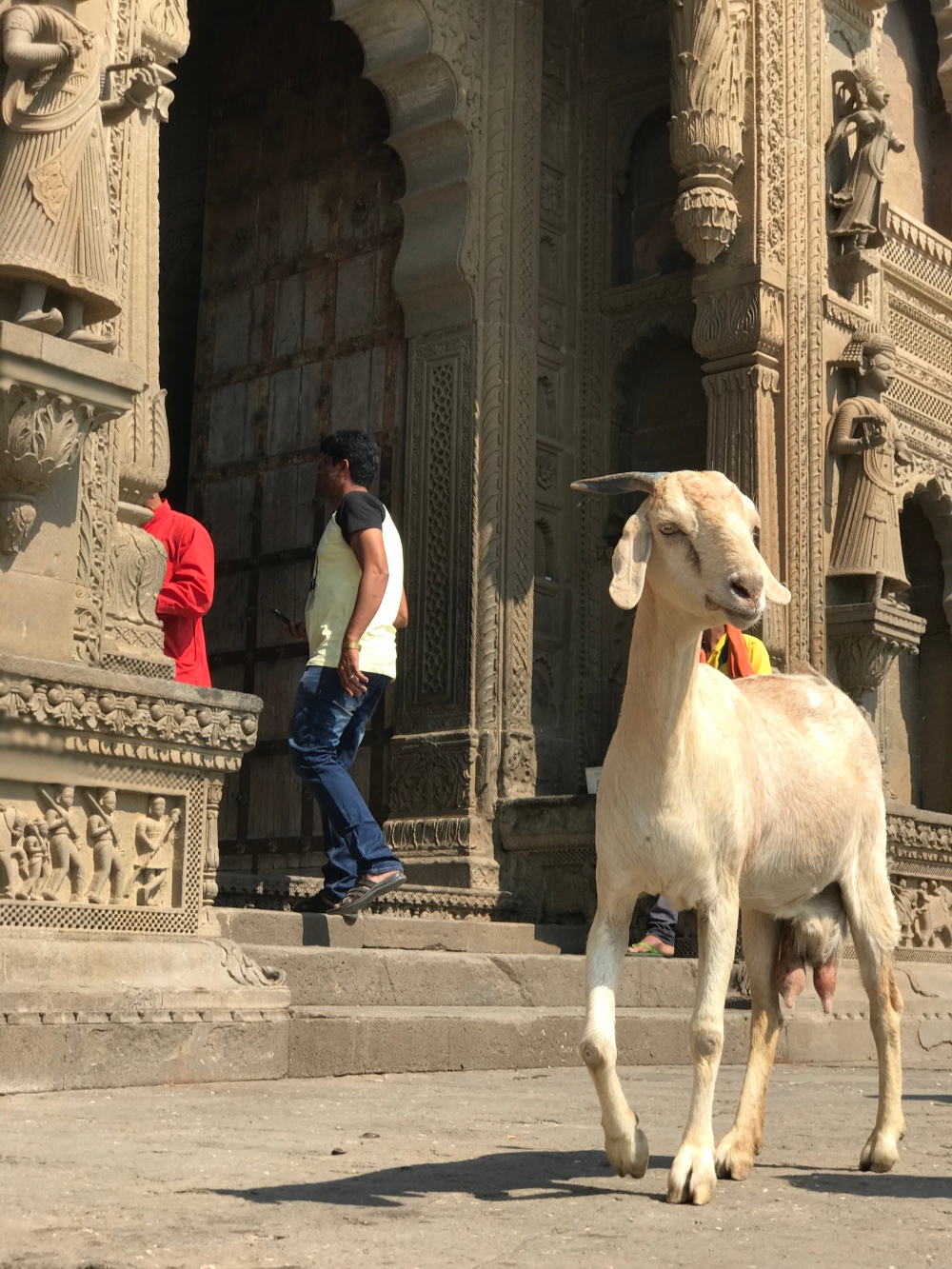 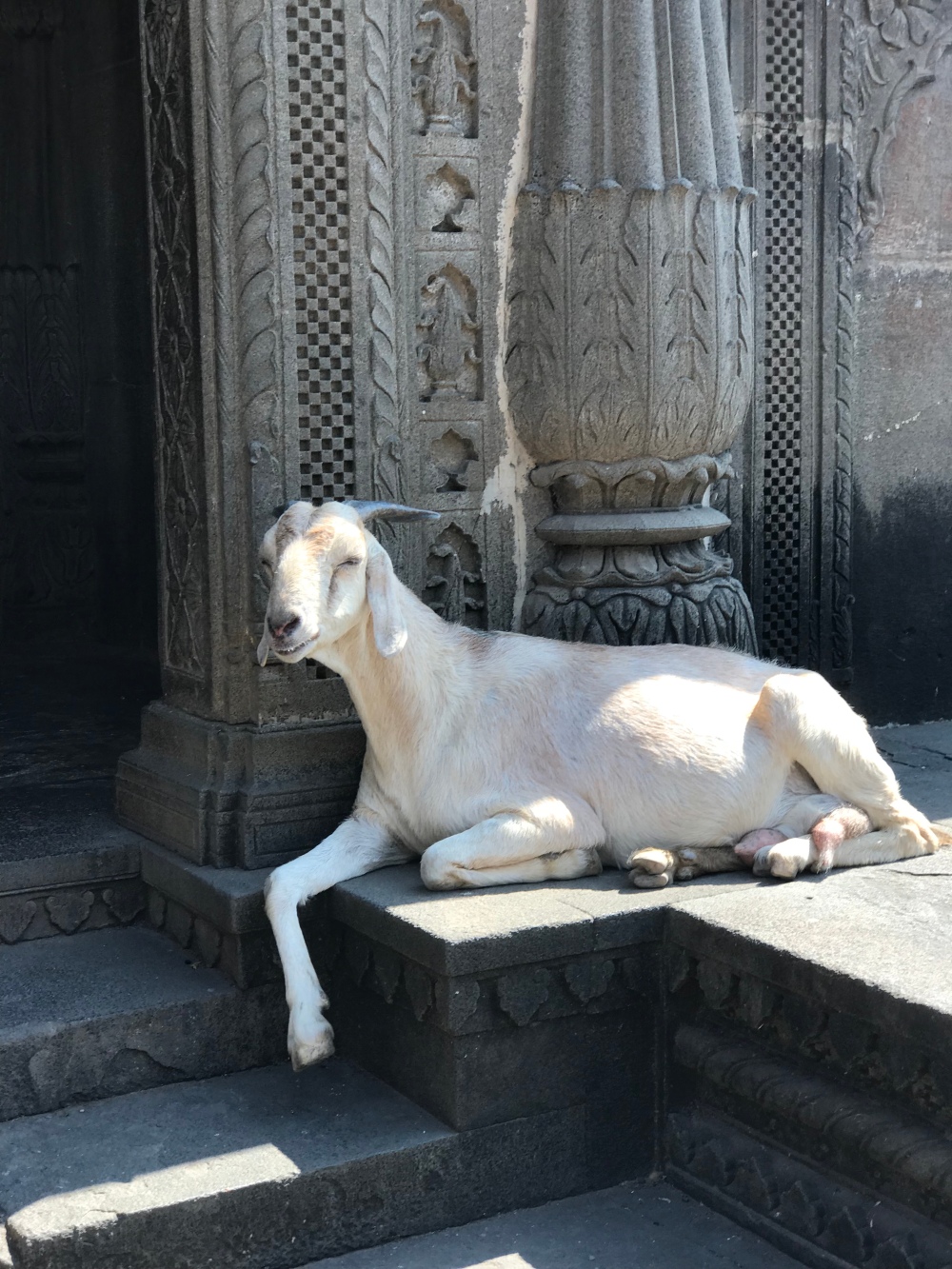 A hush fell over the auditorium (well, ok, it was deserted apart from us and the goats), as this latter day Isadora Duncan took to the stage and she and her Corps de ballet proceeded to take their positions.

Though, it has to be said, poorly supported by the other members of her ensemble, this graceful goat seamlessly segued through a series of balletic poses, unlikely postures, informal gestures and striking attitudes. 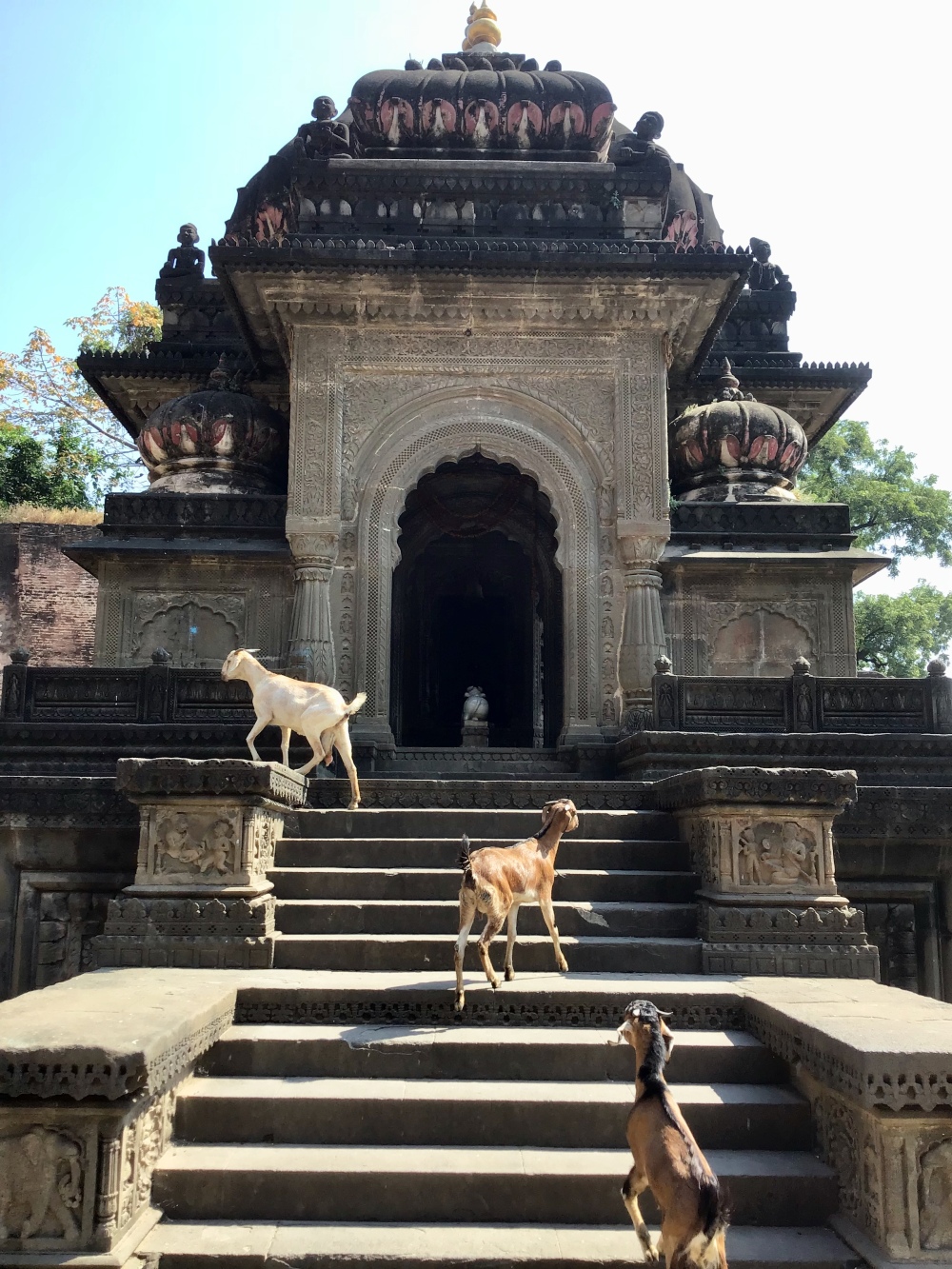 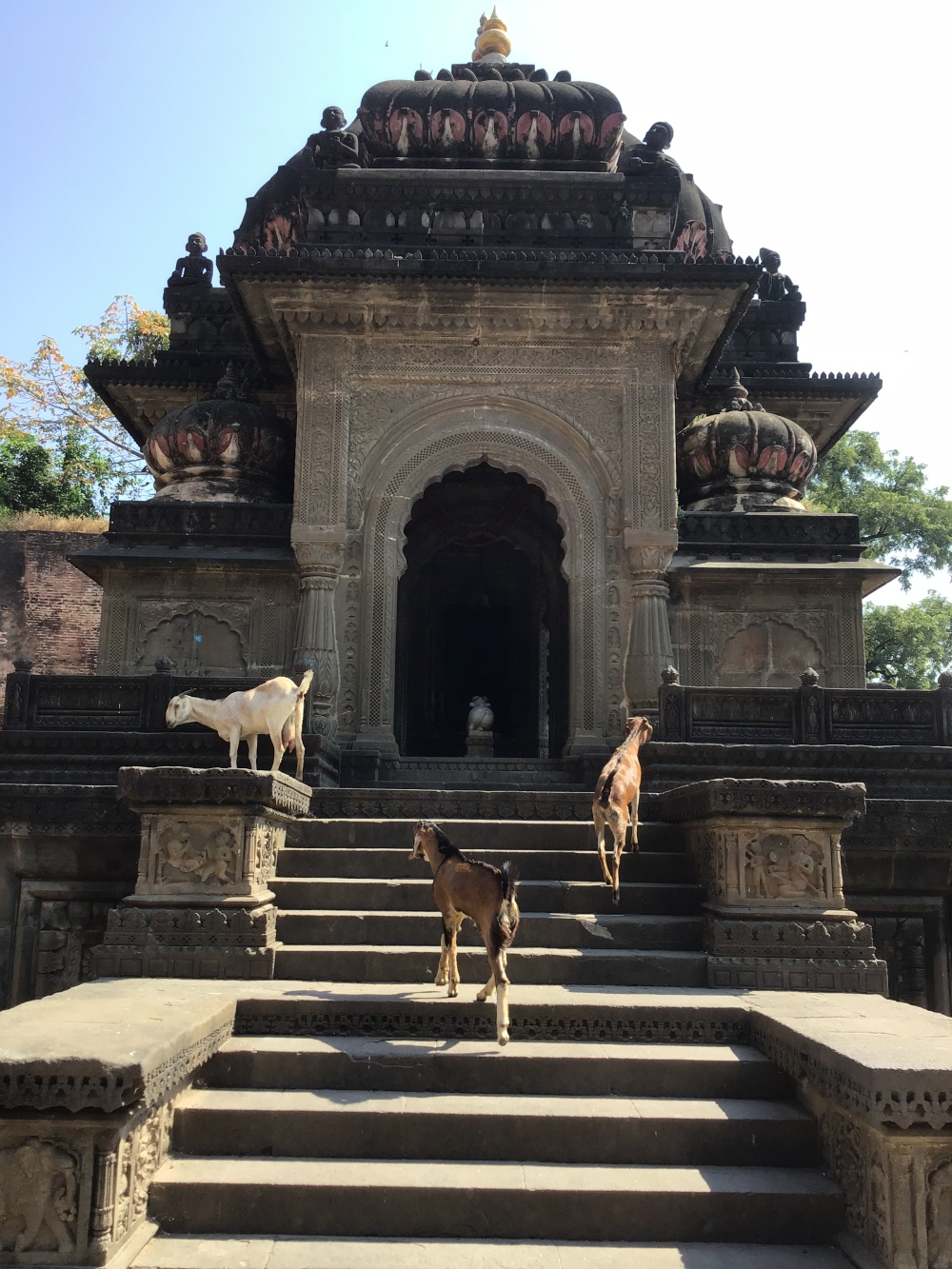 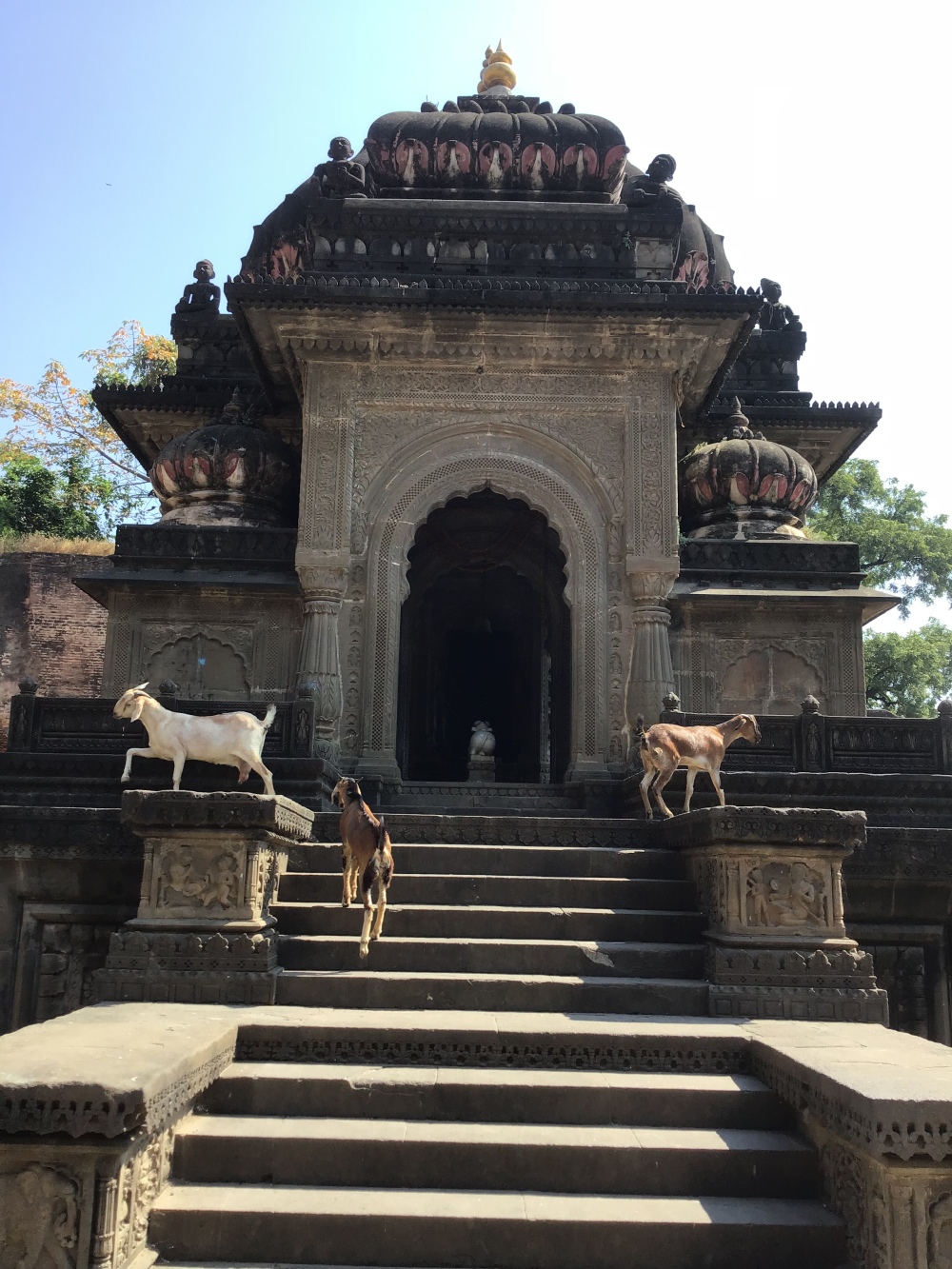 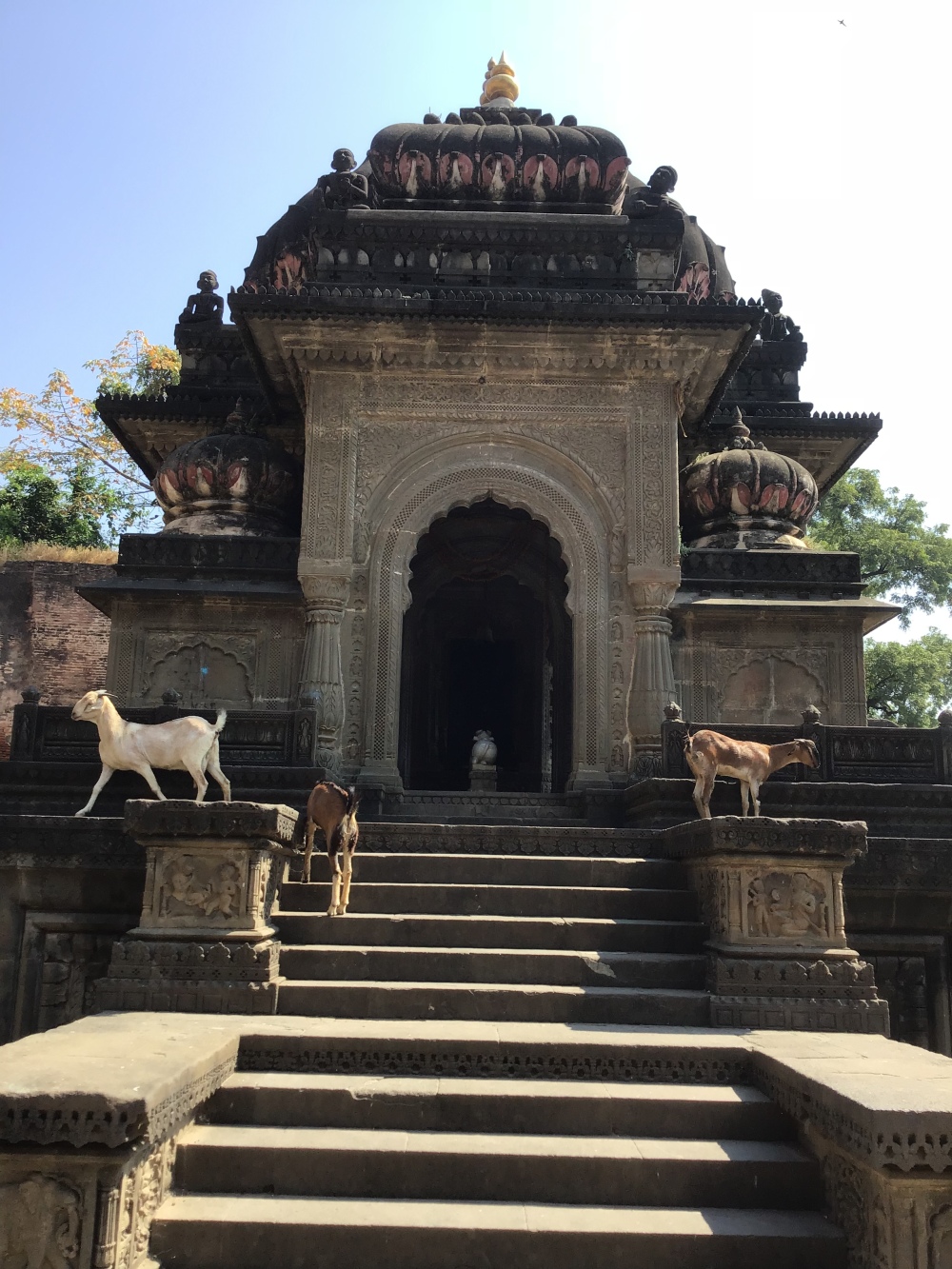 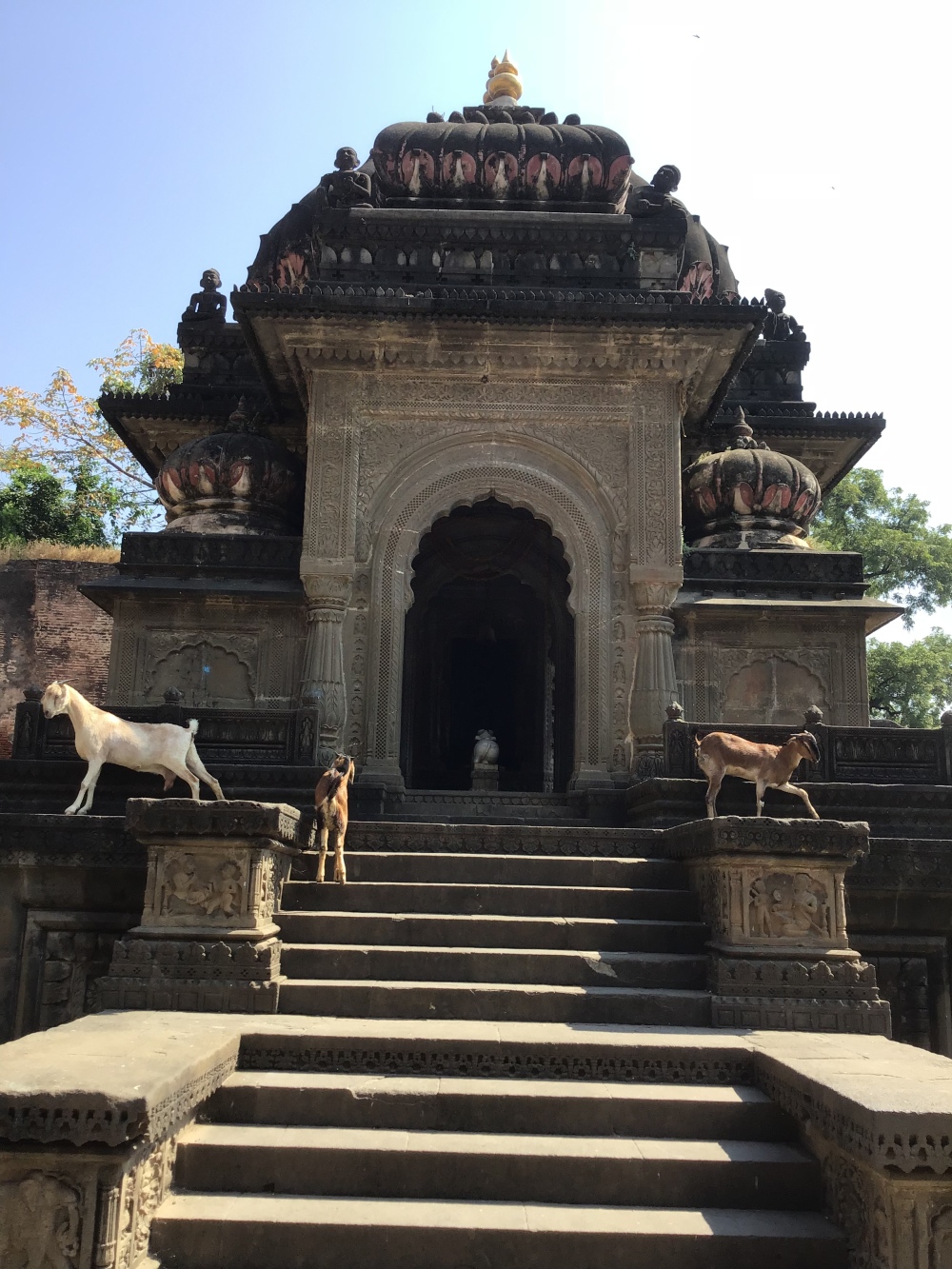 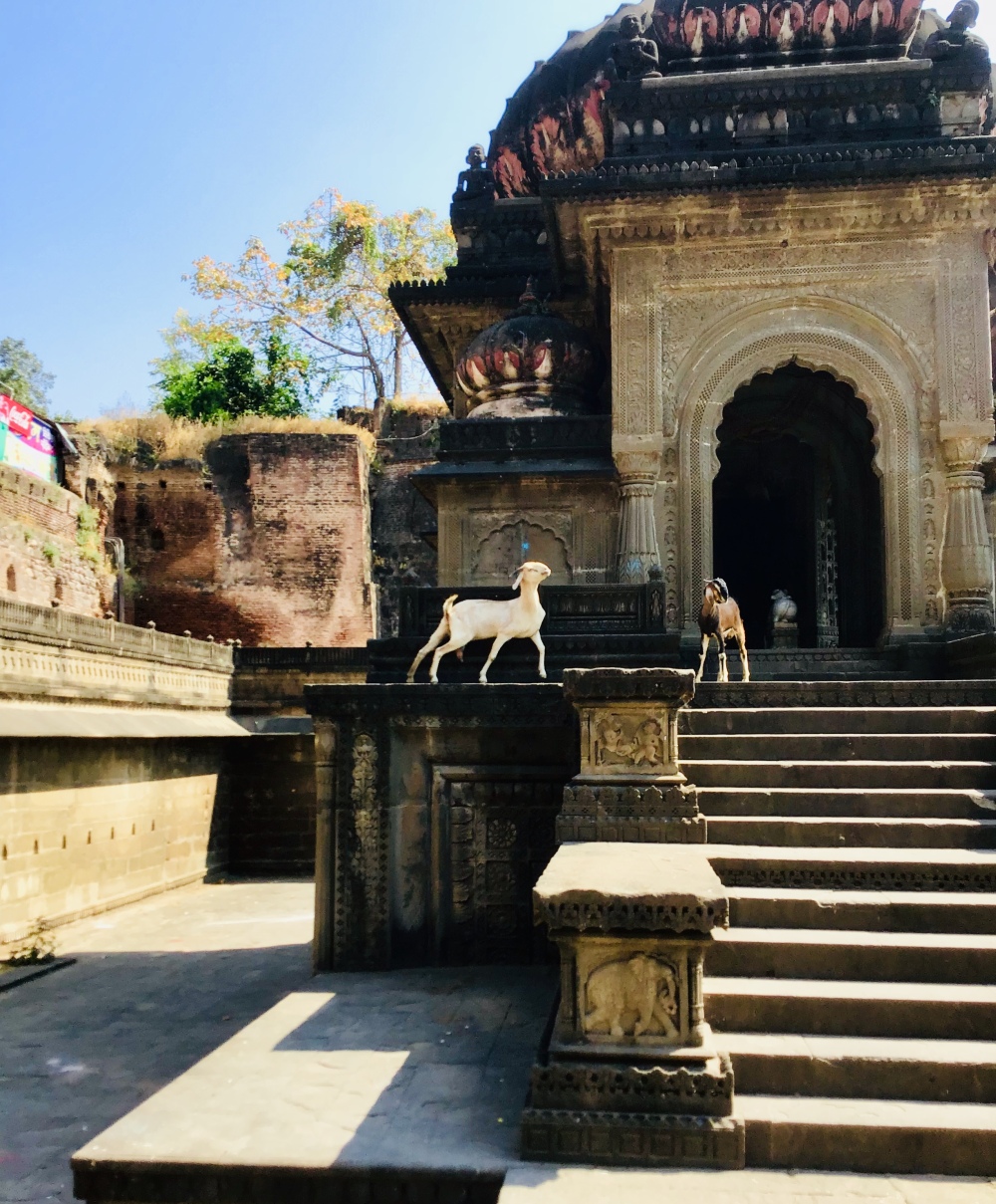 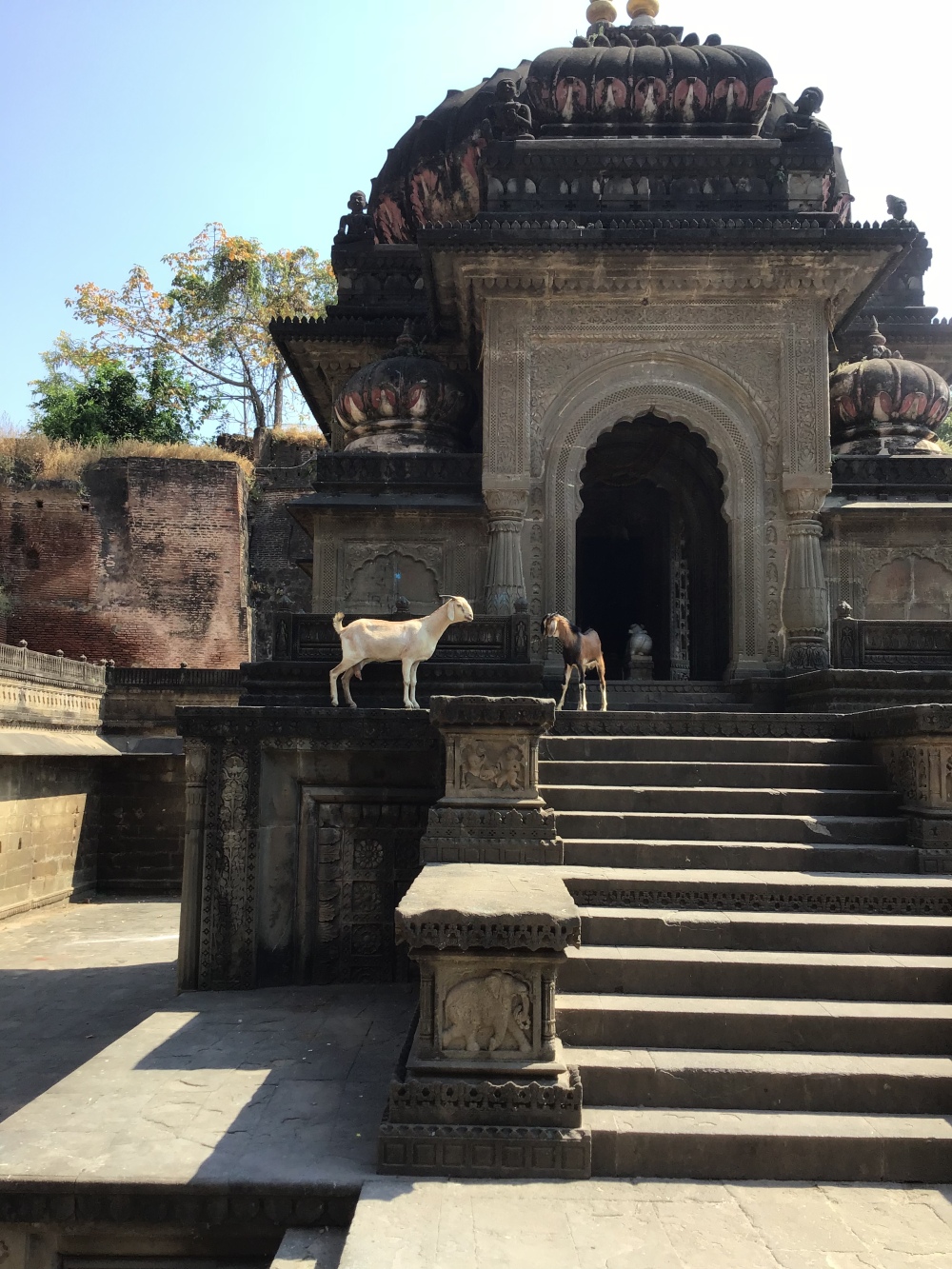 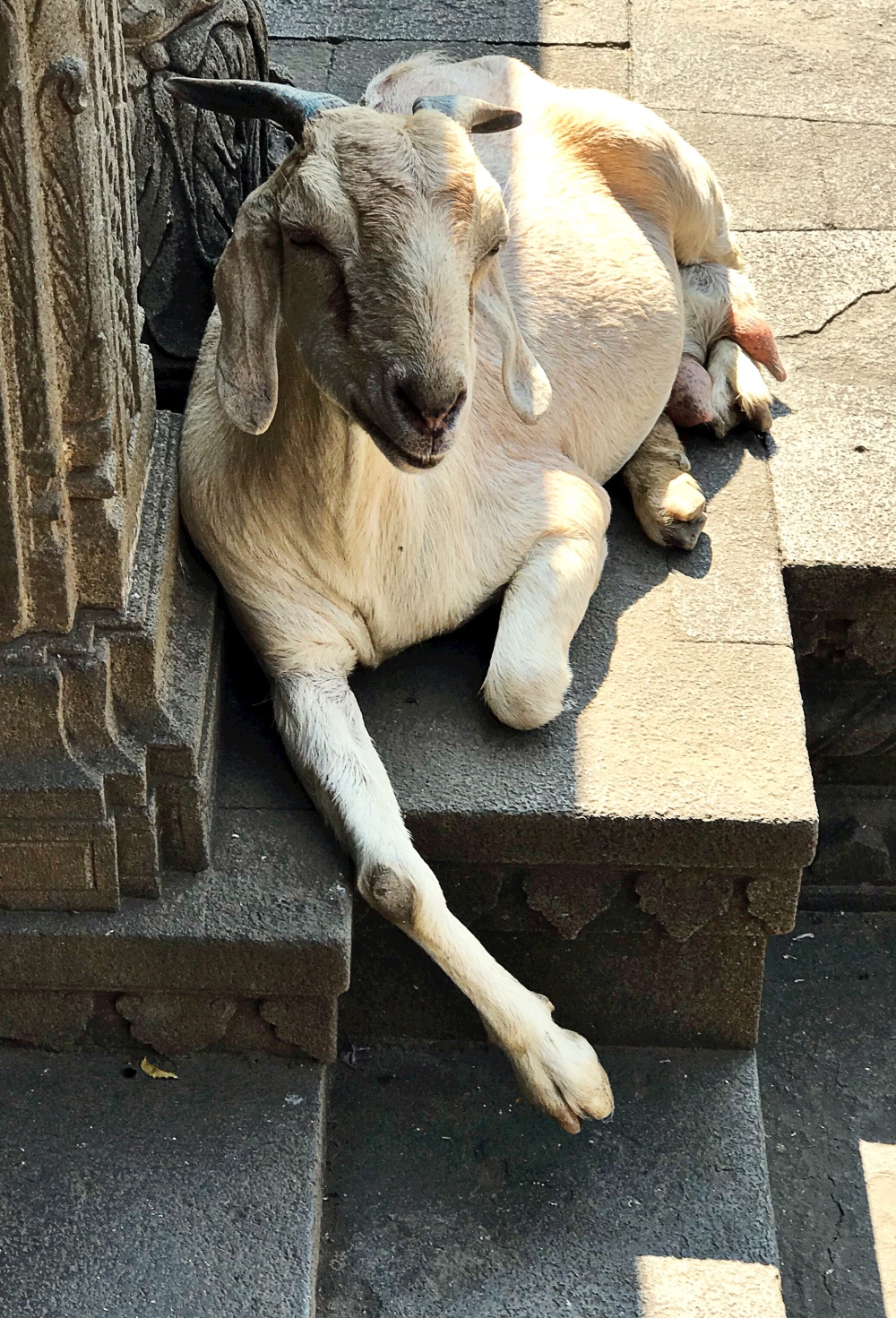 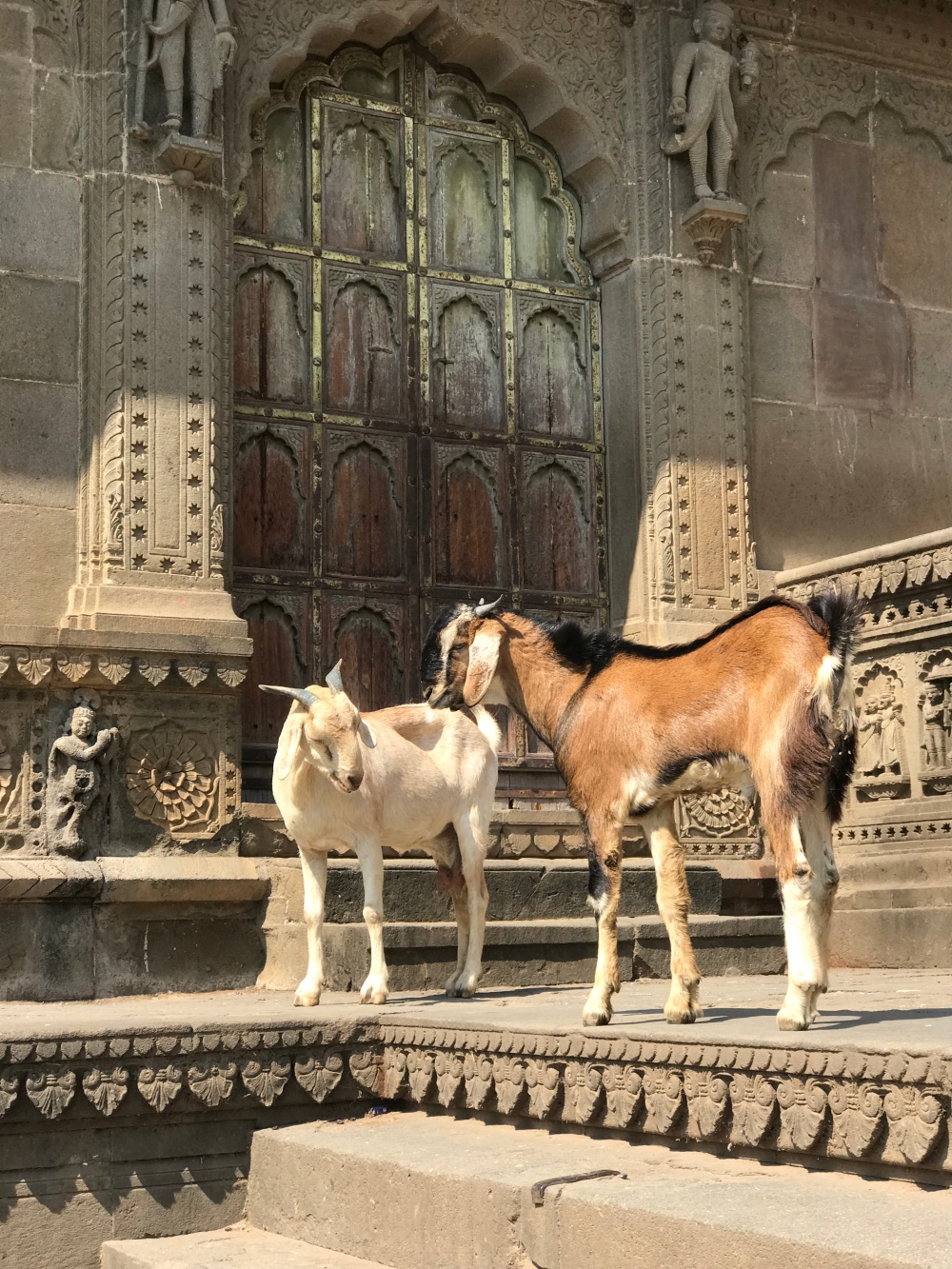 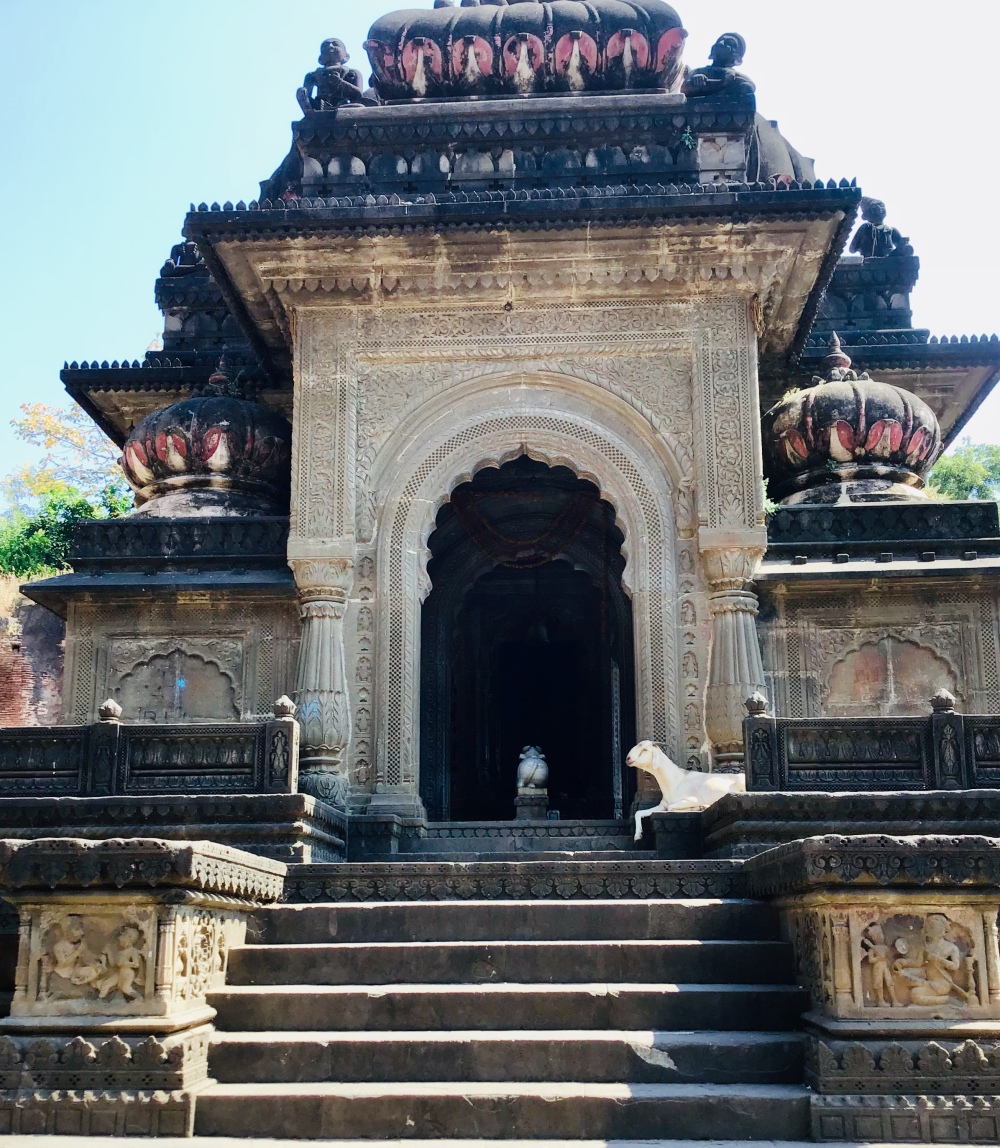 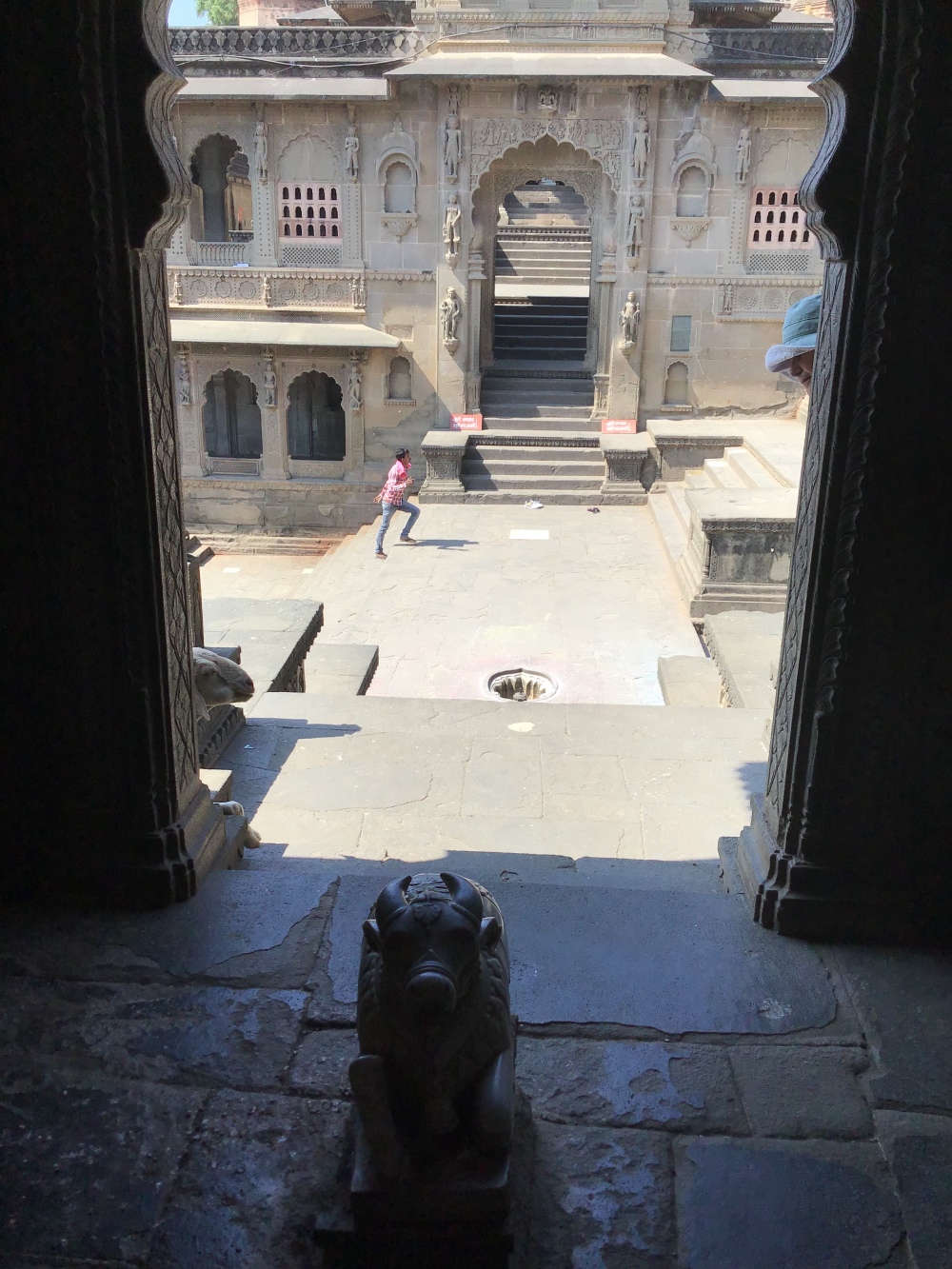 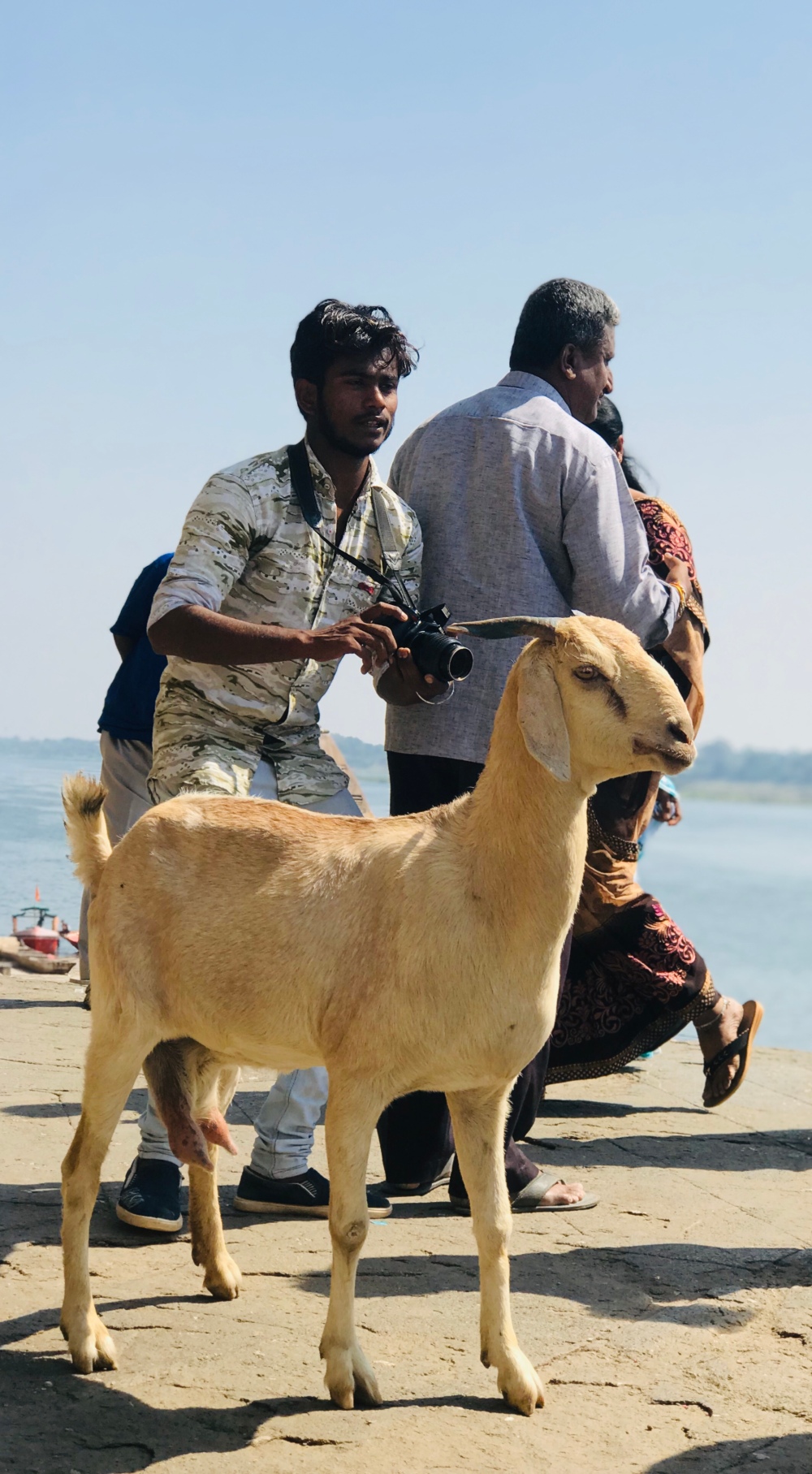