Try not to take it personally, (it’s hard though we know. We’re still having a sniffle into our little lace hankies over it).

The chap who told us this was a well meaning guide who was merely explaining Uncle Ho’s testament and not in fact suggesting that Ho had an aversion to dislocated hippies.  When Ho passed away in 1969 he left instructions that he was to be cremated in a simple ceremony and his ashes scattered throughout Vietnam.

The Vietnamese people couldn’t stand the thought of being parted from their  Great Leader so they ignored his wishes and with the assistance of their stout ally the USSR (remember them) ? embalmed Ho and put him on display in an extremely impressive Mausoleum near the house and gardens in which he had lived.  He goes back to Moscow for two months each year to have the secret recipe applied.

Unfortunately Ho had put out the Do Not Disturb sign so we had to content ourselves with gazing upon his house and garage.  The Vietnamese people joined us en masse.  They love their Uncle Ho. 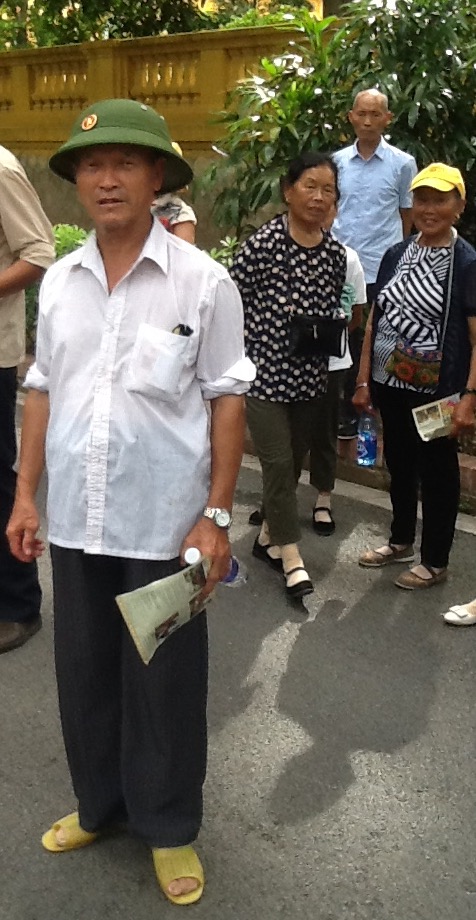 I was thrilled to see that Ho had a Peugot 404, a car that this dislocated hippie used to have at about the time that Henri Padavani was still in The Police.  (Note the nifty opening above the number plate for the crank start option).

We peeked into Ho’s study and saw a framed photograph of…wouldn’t you know it ?  Two bearded White men ! 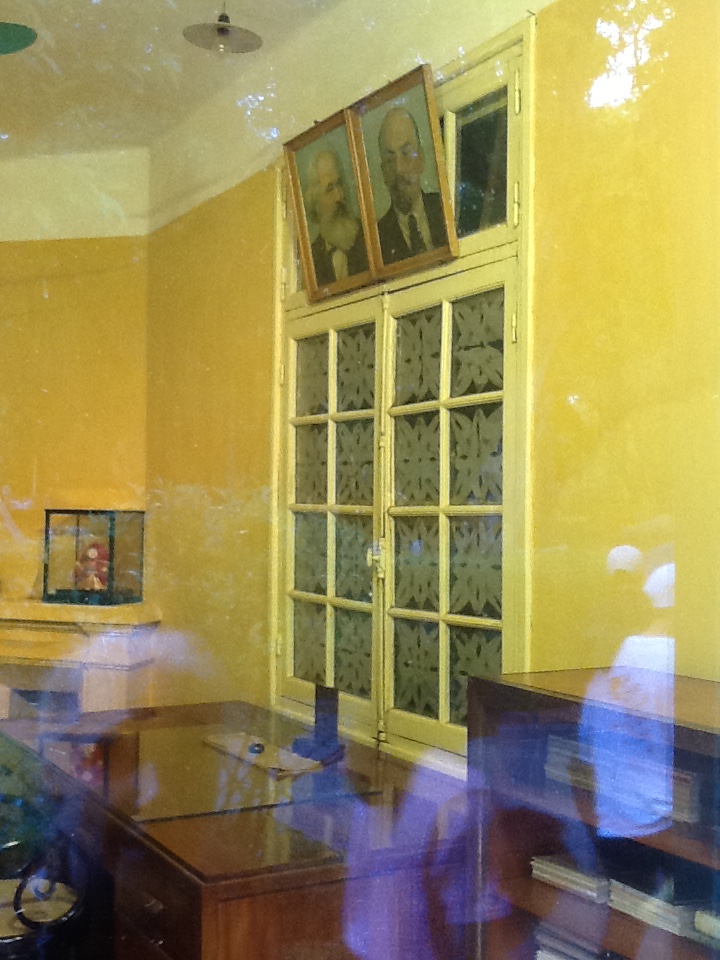 When are those guys going to butt out and leave we Asians alone ? 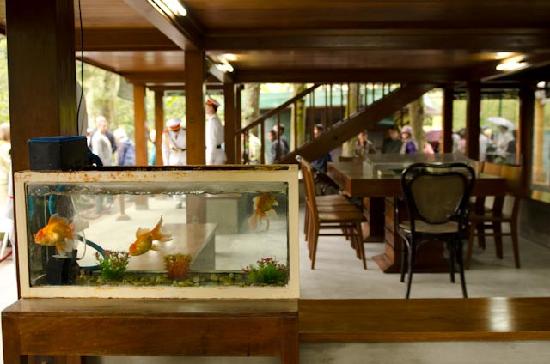 If Ho had been receiving visitors then this is what we might have seen.

It is a profoundly solemn place for the Vietnamese people (the onerous burden of which is plain to see among some of our fellow Ho-bros). 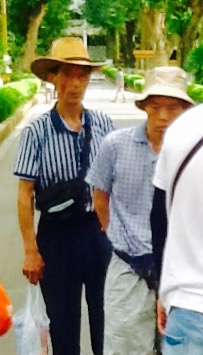