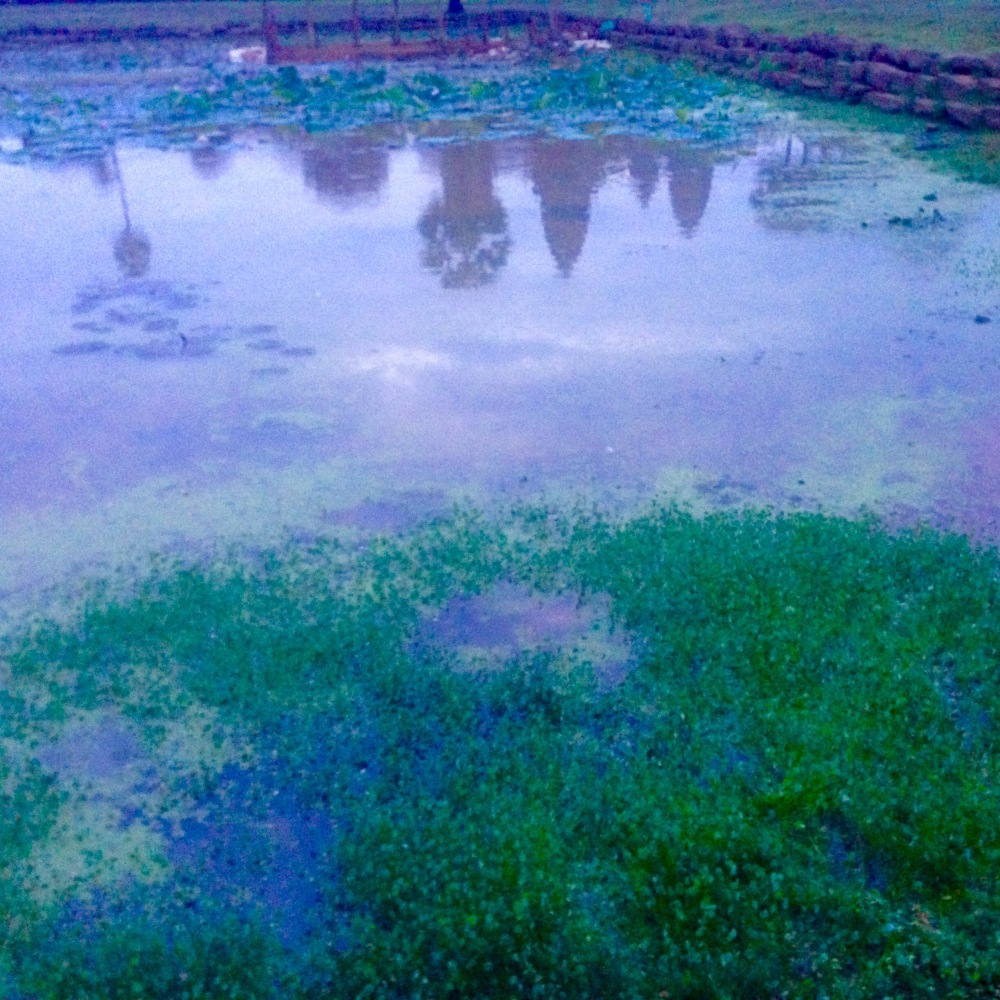 Climbing the heights to the Artist’s studio at Phnom Penh has left our blogs a little out of kilter (and our pegs also). So, gentle and long suffering readers, back to Siem Reap we drag you, kicking and screaming.

We rose on our penultimate morning in Siem Reap even before our strangulated and apprentice cock crowed (he was still snoring as we passed him) for an early morning excursion to Angkor Wat hoping to capture the magic of a sunrise at such a hallowed site.  We were anxious for it to look like this… 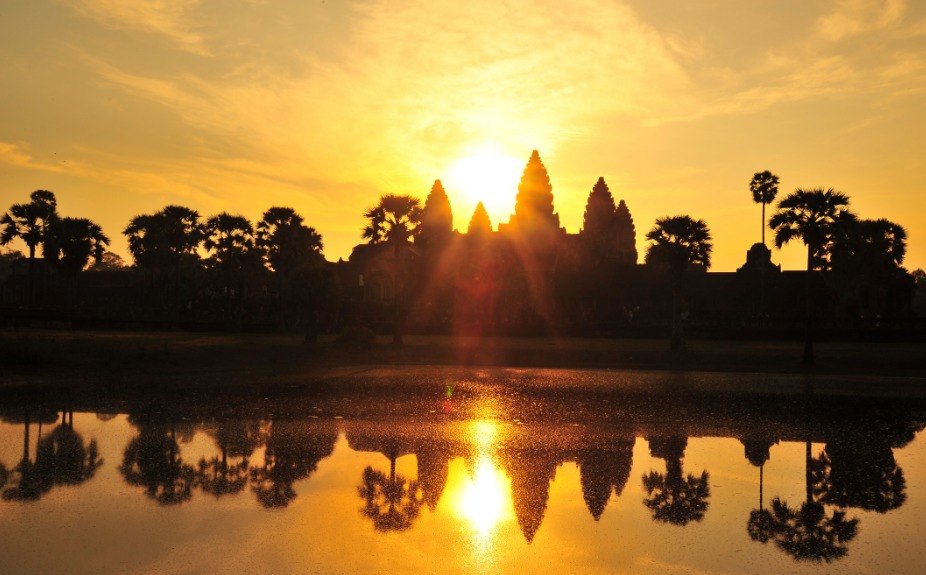 but clouds got in our way (we and Judy Collins know how pesky those clouds can be). 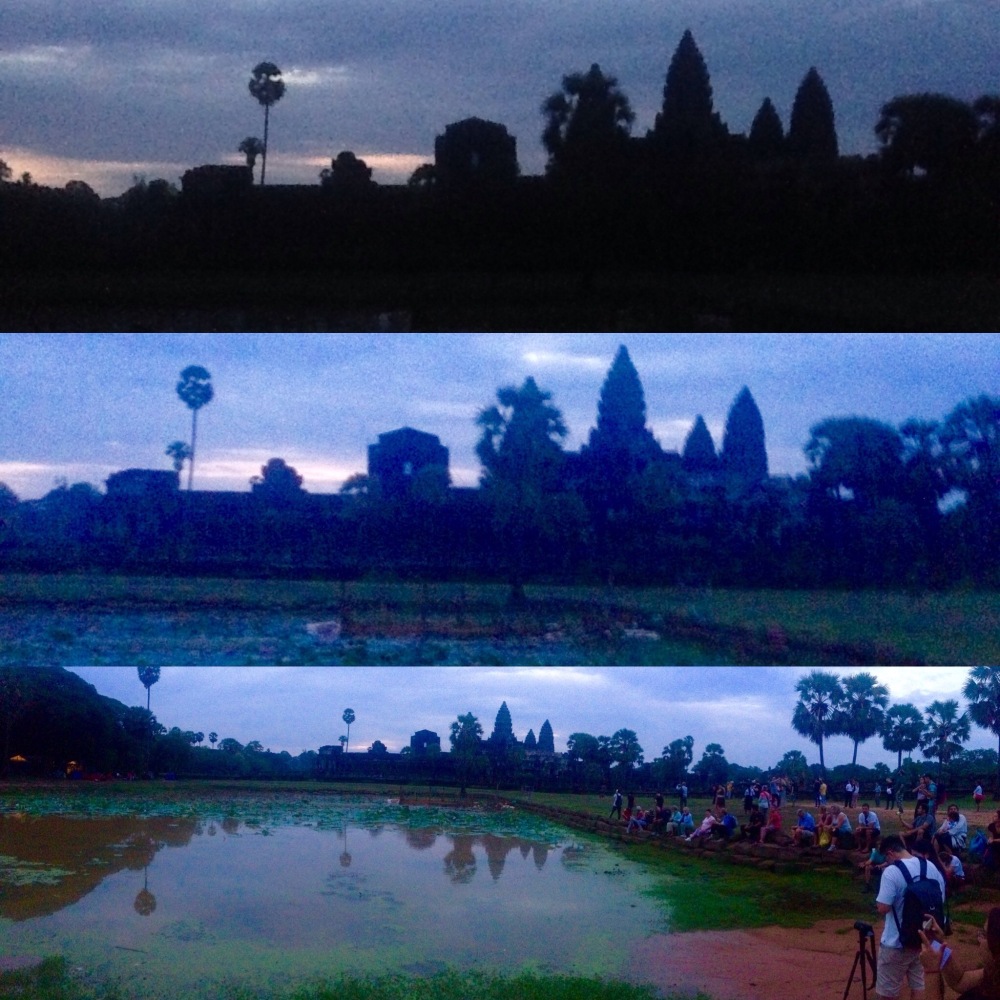 Our splendid evening at Cuisine Wat Damnak must be chronicled. Don’t think it’s just roadkill and roadside fried rice for your intrepid travellers. Oh no! We can dress up like the best Surabaya Johnnies – and we did. 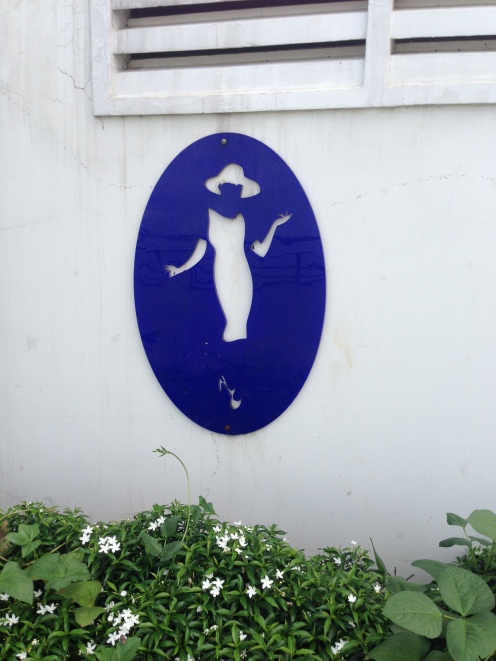 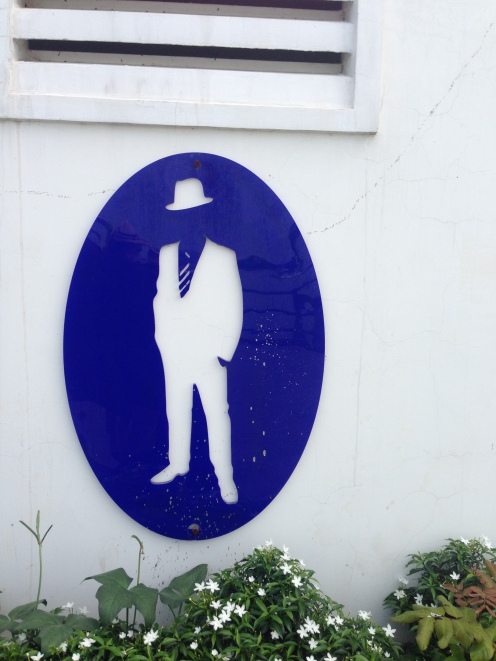 The French chef, Joannes Rivière, was friendly, charming and warm. 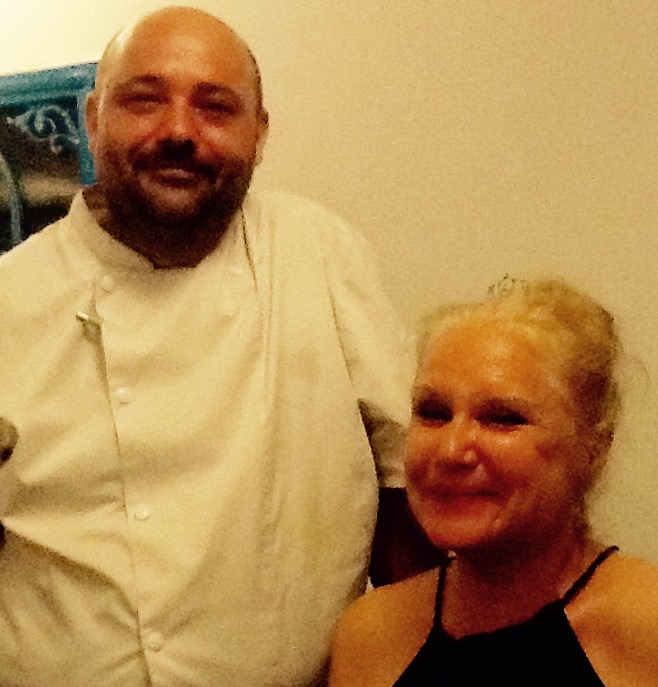 It’s a 5 or 6 course degustation menu. In Oz this would be at least $100 – here US$27 and $31. Fresh, fragrant, deep, complex flavours. Everything from beef cheeks, boneless frogs’ legs, Tonlé sap fish, local langoustine, soups, curries, salads and desserts-to-die for. We chatted with a sweet soon-to-be-mortgaged honeymoon couple from New Zealand and an ebullient cherubic executive from Dell, Arizona who  was just about levitating above the table. 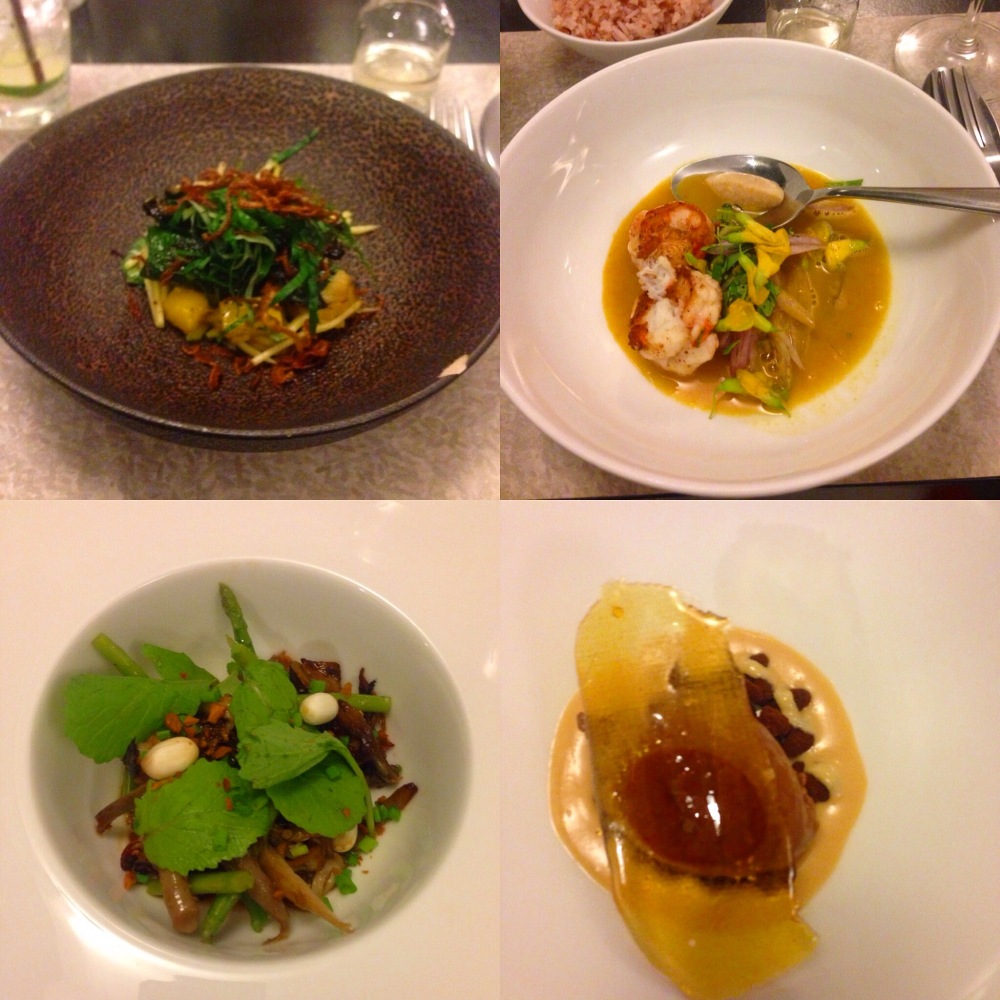 So adieu to pretty little Siem Reap.  We shall miss it and especially things like our own egg station chef.  Eggs without a cheery tomato sauce greeting just won’t be the same. 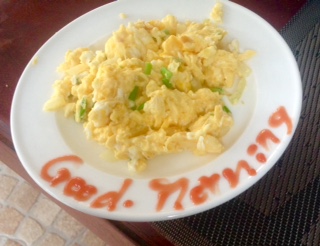 We mounted our Giant Ibis and flew onto Phnom Penh.  PP is magnificently located on the sacred Mekong River and it holds a special place in the hearts and minds of the Khmers.  In April ’75 the Khmer Rouge emptied the place and sent the entire population to slave labour camps in the countryside from where, as mentioned before,  1 in every 2 people simply did not come back.

The people today seem very relaxed given this terrible convulsion.  We believe several of the ringleaders were brought to trial and some were imprisoned, but the great mass of the actual murderers and torturers went unpunished.  They’re still out there, walking the streets today.  We gather this is something to do with a perceived need for forgiveness and recognition of the futility and potential destructiveness of continuing to grind the axe and point the finger.  More strength to them.  They are a big hearted people.

When the people finally returned to Phnom Penh in 1979 they embraced the city as the symbol of their unity and their culture. They wrote poignant songs about it which are extraordinarily moving.

To the casual outsider Phnom Penh’s charm may be said to be a little elusive. It’s not a pretty city but the people breathe a sort of charm into it.

Why, for example, would you have a Hollywood Boulevard or a Sunset Boulevard when you could have this ? 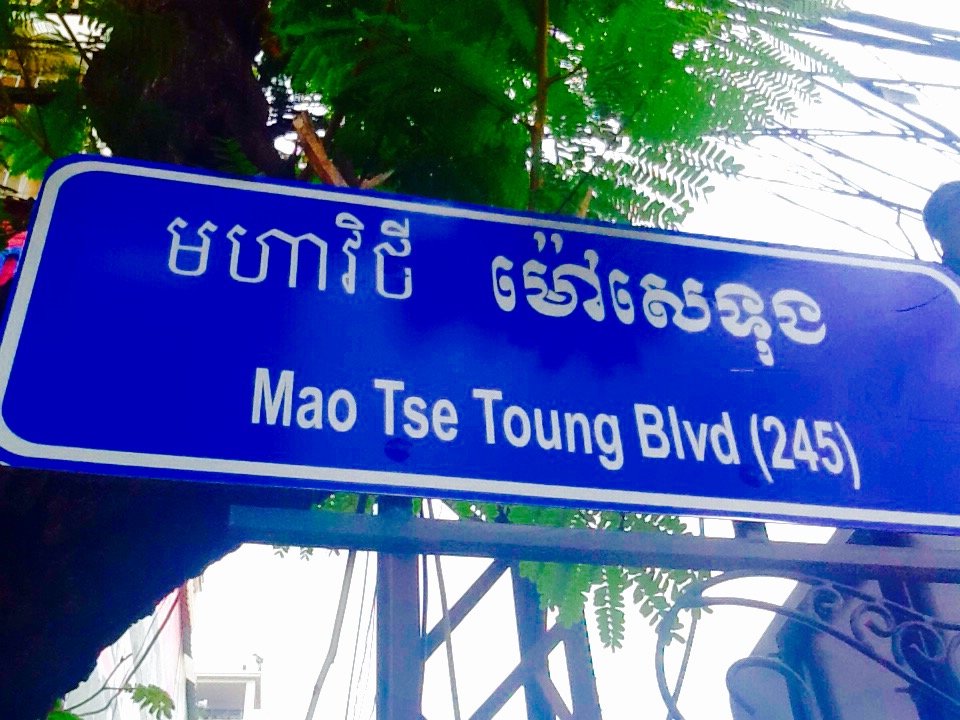 We headed to a pop up cinema called “Flicks”, which was showing an Aardman animation and a tremendous doco on the history of Cambodian rock & roll – “Don’t Think I’ve Forgotten. Cambodia’s Lost Rock & Roll”.

But before we….ummm… entered, the management gave us some very sound advice which we are happy to pass onto you. 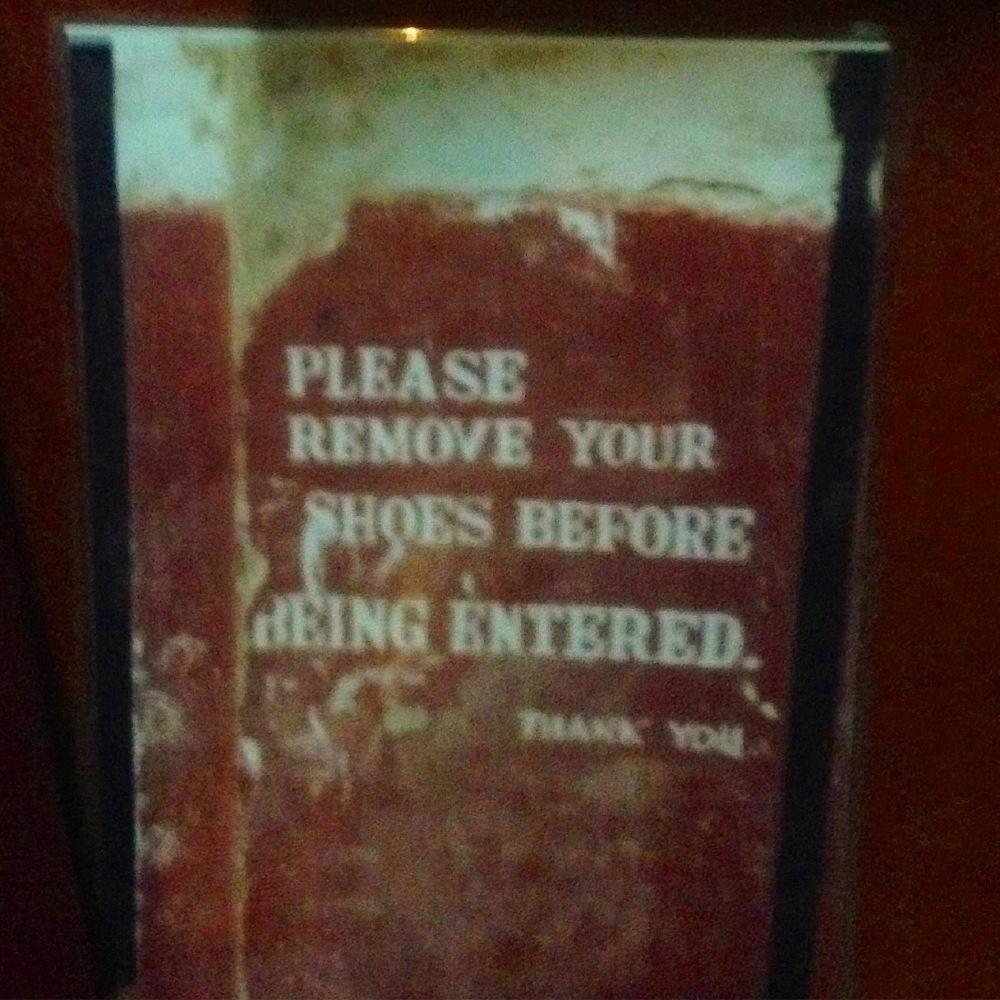 As for Cambodian rock n roll we suppose the French influence determined that they couldn’t really, let’s face it, actually Rock, but they were very good indeed at a sort of Chanson style (with a lot of Cha Cha and Samba thrown in).  Somewhat peculiarly they were also deeply influenced by Cliff Richard and Hank B Marvin and had a number of pretty groovy surf music bands. 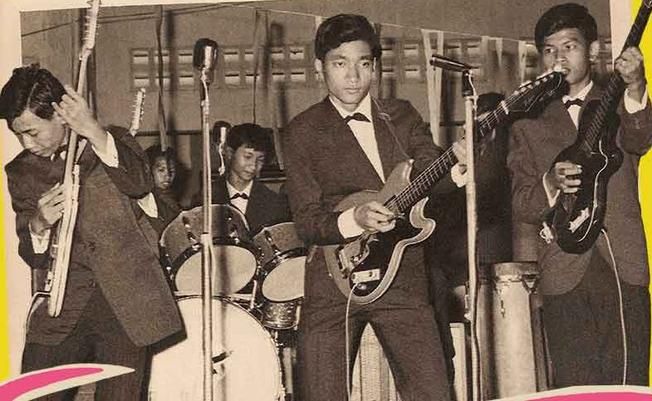 Popular music was a big deal, so big indeed that Prince & Princess Sihanouk even put out an album. 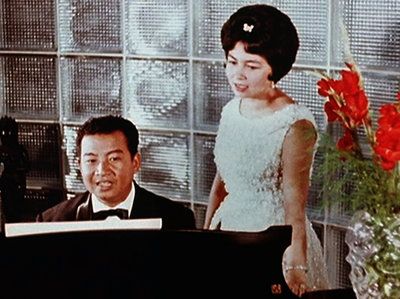 But the star of the show was the great Sinn Sisamouth, Elvis, Englebert, Jacques and Johnny, Frankie and Perry, Beatles and Rolling Stones all in one.  We love this guy and urge you to check out his version of Hey Jude, a Kampuchean classic.  Sinn, we’re sorry to say, went the way of all flesh, well, of half the flesh in Cambodia at that time and was evidently executed by one of Pol Pot’s gang in 1979.  According to the apocrypha he asked the soldiers in his firing squad if he could sing one last song (evidently in the hope of  changing their minds) but it seems that they weren’t fans. 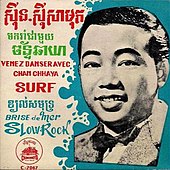 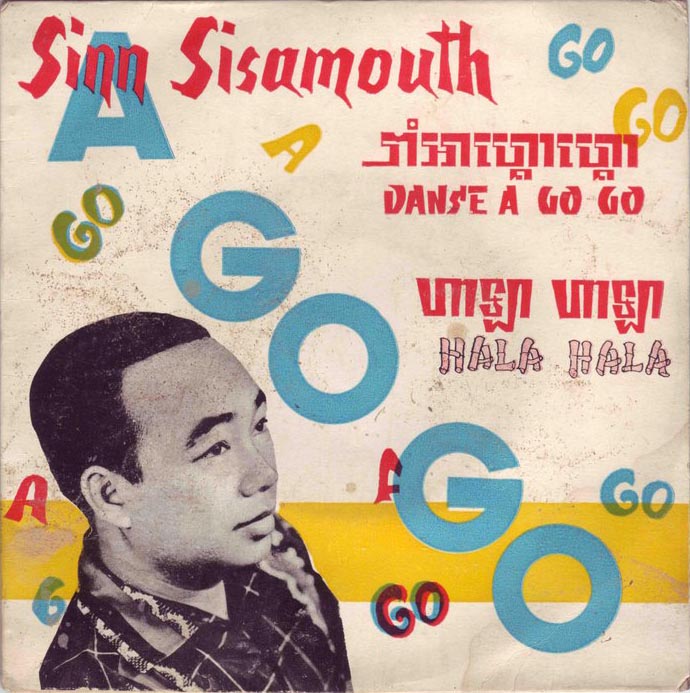 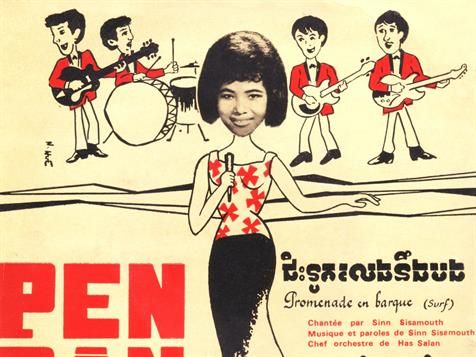 Strange and somehow disturbing images of Cambodia persist.  Questions go unanswered.  Rumours run up and down the tenement stairs.  Who is this guy ?  Why is an orangutan helping him climb a tree ?  Is it in order to escape the giantess with the pet tiger ? 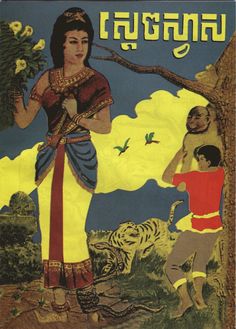 What of this ?  What’s going on here for goodness sake ? Why is that elderly gentleman holding that lady’s hand while she discreetly holds her sarong up with the other ? Is he hoping for a sarong malfunction ? And why is that God aiming Ray’s at the Lady’s derrière ? 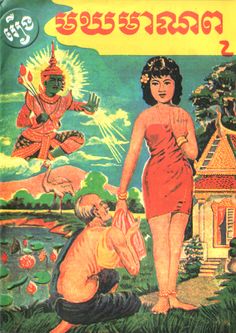 Furthermore, why are a bunch of Turks from Istanbul living in Phnom Penh and why are they cooking us breakfast ?  Oh that’s right, we paid them to. 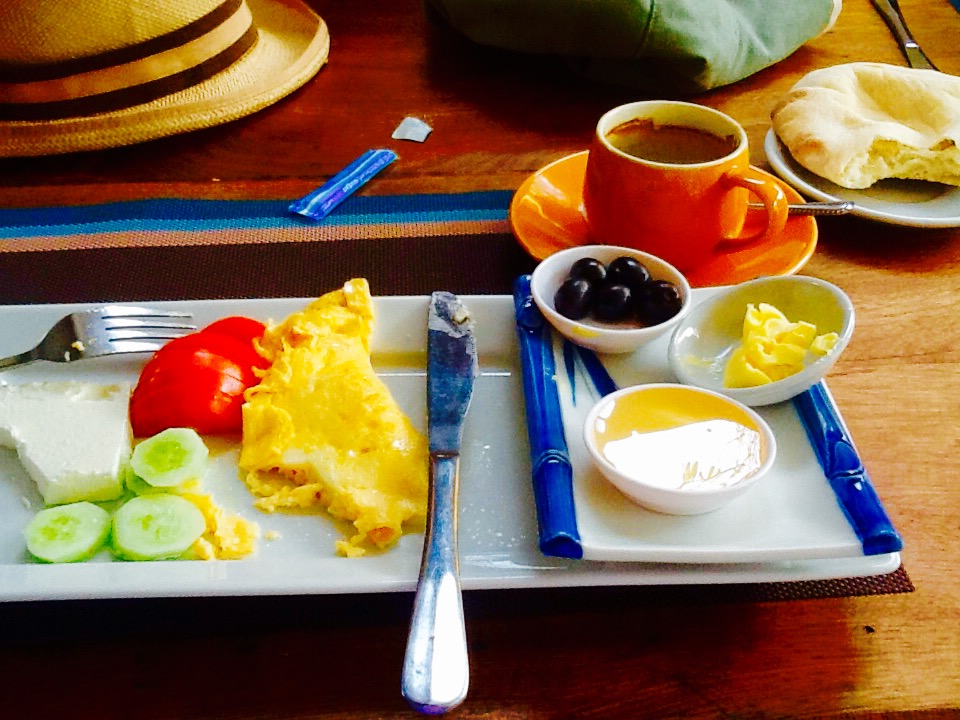 Jolly nice it were too.

So with no further adieus we found ourselves on the big bus from Phnompers, bound for SAIGON !!!! 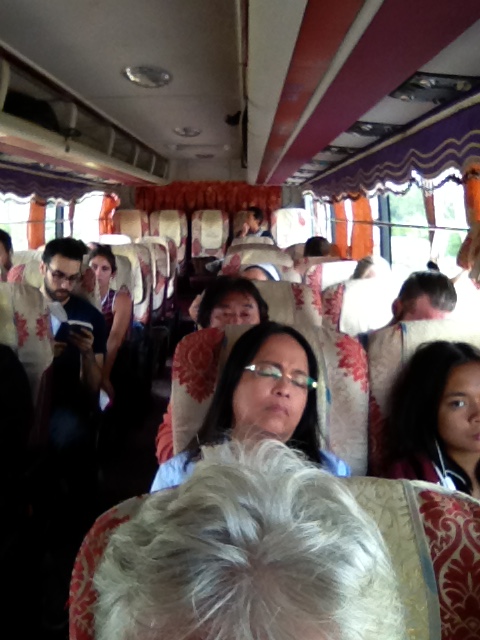